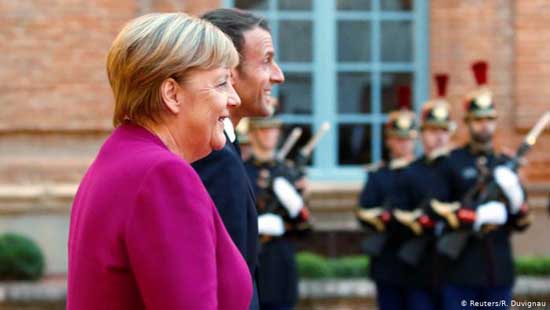 The news from Brexit talks in Brussels “could be worse,” German Chancellor Angela Merkel said while meeting Emmanuel Macron. The French president said he wanted to believe the deal would be approved tomorrow.

The leaders of France and Germany indicated progress in the Brexit talks between the EU and the UK on Wednesday, a day before they were set to meet British Prime Minister Boris Johnson at a Brussels summit.

“I want to believe an agreement is being finalized and that we will be able to endorse it tomorrow,” French President Emmanuel Macron told reporters at a joint conference with Angela Merkel in Toulouse.

The German chancellor said that the talks between the UK and the EU were “in the final stretch” and that the news from Brussels boosted her belief that a deal would be reached.

“The news we hear from Brussels could be worse,” Merkel said.

The UK and EU made progress on negotiations to secure a Brexit deal, agreeing on nearly all major outstanding issues, according to EU negotiator Michel Barnier. But some complex issues remained unresolved.

It remained unclear late Wednesday whether EU leaders would be able to sign off on a deal at a crunch summit starting Thursday as no legal text had emerged yet from the talks, EU diplomats said.

Negotiators running out of time

Merkel and Macron were meeting at the Franco-German Ministerial Council, which sees cabinet members from France and Germany hold a joint session twice per year. The joint press conference is seen as a signal of unity as UK and EU negotiators were struggling to deliver a viable accord for Thursday.

“The teams worked into the night and continue to make progress,” a UK official said on Wednesday, following a marathon negotiating session in Brussels. However, the EU’s chief Brexit negotiator Michel Barnier said there was still “a number of significant issues to resolve.” A scheduled briefing from Barnier was repeatedly postponed on Wednesday as details on the talks’ progress remained vague.

Johnson has said he would lead the UK out of the EU, “do or die,” by October 31. If negotiators agree on a text before the Thursday summit, the UK parliament would likely hold a special session on Saturday to vote on the accord. If the deadline is missed, a special summit could be called before the October 31 deadline. However, even in the event of a deal being reached among European leaders, and then being acceptable to the British parliament, the likelihood of at least a short extension to the deadline in order to ratify the move across Europe appears high.

Both the UK government and the EU aim to avoid the economic disruption of a no-deal Brexit. Johnson also faces legal pressure from the so-called Benn Act, a law passed by the UK lawmakers that orders the government to ask for another delay if it fails to reach a deal by Saturday. 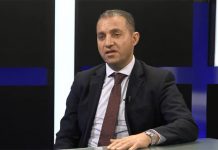