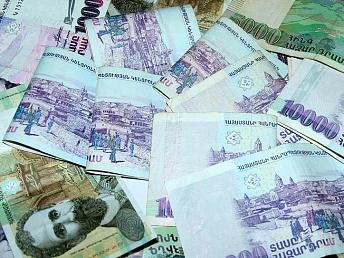 YEREVAN, October 17. /ARKA/. The revenue collection target of 1 trillion and 602 billion drams, projected by Armenia’s next year’s budget will become a real challenge for the State Revenue Committee, the head of the agency David Ananyan told reporters on Wednesday.

He said given that the amount of customs dues to be received from customs clearance of imported vehicles is to decline, the target would be a serious challenge for the State Revenue Committee. He said the agency will try to collect as much as projected by raising the awareness of tax payers and improving tax administration.

The import of vehicles is expected to drop next year because of a set of changes in the procedure for customs clearance of cars imported to counties, which are members of the Eurasian Economic Union.

Ananyan also admitted that the State Revenue Committee will not be able to provide the same dynamics of cutting the share of shadow economy as it did in the first post-revolutionary year, however, if the forecasts are correct, the projected target would be achieved by encouraging businesses to declare their incomes in full.

“We are now trying to assess the shadow sector, trying various tools and believe that the main sectors that will ensure growth are industry, mining and trade, while the dues to be received form import of vehicles are expected to reduce,” said Ananyan. ($ 1 – 476.76 dram).