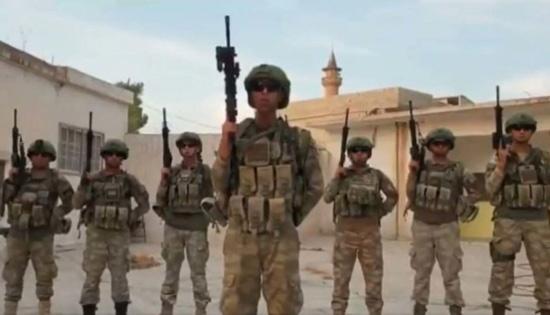 Turkish soldiers in northern Syria hailed the Turkish national players who gave military salutes at sport events in support of Turkey’s ongoing military operation in Syria, according to the state-run Anadolu news agency.

“We accept the salutes of our national players and teams who became champions. Rest assured, we are serving our country and our nation,” Turkish soldiers said in a video posted on Twitter Wednesday by the Defense Ministry with the hashtag “Salute Turkish soldiers” (#MehmetciğeSelamGönder).

Turkish national football team players celebrated a goal with a military salute during the UEFA EURO 2020 Qualifiers against Albania in İstanbul as well as during their match against France in Saint-Denis.

UEFA, European football’s governing body, launched an investigation on Tuesday into Turkey for the act.

The organization initiated “disciplinary investigations” regarding the matches, appointing an inspector with regard to “potential provocative political behaviour,” it said in a statement.