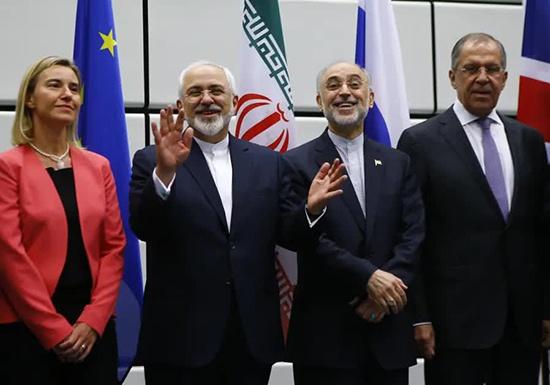 The data also shows that a vast majority of Iranians, around 70%, are still critical of their government when it comes to corruption and whether the economy is run properly.

A new poll released Wednesday night revealed that 75% of Iranians are now against ending the country’s nuclear enrichment program, even if the US reduces sanctions.

According to the data obtained by the group IranPoll on behalf of the University of Maryland, the Trump administration’s sanctions dating back to May 2018 have not moved the average Iranian toward compromise with the US.

The data also shows that a vast majority of Iranians, around 70%, are still critical of their government when it comes to corruption and whether the economy is run properly.

Covering a wide range of issues, the survey addresses Iran’s regional involvements; attitudes toward the Iran Deal and its future; and the current political and economic state of affairs in Iran.

15 months after the US withdrew from the Iran deal (JCPOA) and began reimposing sanctions on Iran, 59% of Iranians think their country should also withdraw, according to the poll.

In addition, 74% of Iranians support the government’s new policy of gradually exceeding some JCPOA limits and threatening withdrawal unless others start to restore the deal’s economic benefits for the Islamic Republic.

A strong majority of 69% lack confidence that the remaining parties to the JCPOA, such as the P5+1 (the five permanent members of the United Nations Security Council—China, France, Russia, United Kingdom, United States – plus Germany) will uphold their obligations. This is up 33 points since January 2018, when average Iranians had more faith in them.

Only 24% view European efforts to create channels for trade with Iran positively, with 46% doubting such efforts are meaningful and another 25% saying EU efforts are “too little, too late.”

Regarding the 70% of Iranians who view the economy negatively, that statistic has remained constant since the start of 2018, before the US reimposed sanctions.

Interestingly, the poll said that the focus of their negative view of the government’s management of the economy has shifted sharply from unemployment to inflation.

A majority of Iranians still say domestic mismanagement and corruption have the greater negative impact on the economy. However, the percentage of Iranians blaming sanctions for the economic downturn is increasing, and 70% are now more in favor of self-sufficiency than increasing international trade.

In a bad sign for “reformer” Iranian President Hassan Rouhani, a majority of Iranians think the he is not trying hard enough to fight corruption.

Despite the poll showing that Iranians have become more negative about the US and other foreign countries, 75% of Iranians would still approve of their government talking to the Trump administration in a multilateral forum if the US returned to the JCPOA.

Crucially, a majority would also be open to broader negotiations covering Iran’s nuclear program, its ballistic missile development and its military activities in the Middle East, if the US returned to the nuclear deal and lifted all sanctions.

However, showing how deep the gap in trust is with the US, around 75% of Iranians think that even if the IRGC halted its activities in Syria and Iraq, the US would not treat Tehran any better.

There is no majority position among Iranians about whether greater international engagement or building up Iran’s power in the region are preferable strategies. However, the poll definitely does not show Iranians rejecting the use of force, as a large majority perceive recent attacks on Saudi refineries as justified.

At the same time, a majority of Iranians remain positive about some international agreements and proposals, with two-thirds favoring a nuclear weapon-free zone in the Middle East.

Surveys were conducted using IranPoll’s standard, nationally representative probabilistic sampling, which includes contacting Iranians in all of its 31 provinces that represent varying sectors of the population.

The University of Maryland’s Center for International and Security Studies was responsible for designing the questionnaires, getting feedback from relevant policy experts and practitioners, performing the analysis and putting together the final report.