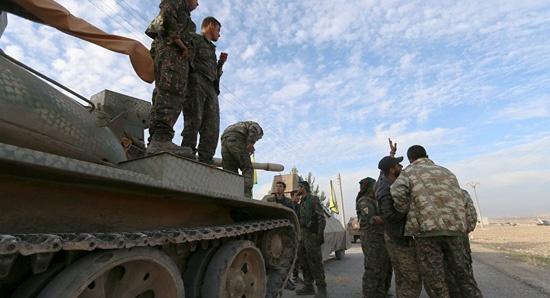 Syrian president’s political adviser said that Damascus is categorically against the establishment of Kurdish autonomy in Syria as there are no reasons for that in the country.

“Of course we cannot accept it,” Shaaban said in an interview with al-Mayadeen television responding to the question of whether Damascus could accept a “copy” of Iraqi Kurdistan on its territory.

“There are no grounds for this [Kurdish autonomy] … We will never be able to speak about it from such an angle, since Syria consists of many ethnic and religious layers, and we do not say that someone is a Kurd, or someone follows such and such religion, we simply don’t say that. The majority of the Kurds are a precious part of our society for us, but some Kurdish organizations have made a political decision that is contrary to the interests of the country,” Shaaban stressed.

“The ceasefire agreement announced by the US and Turkey is unclear,” Shaaban also said in an interview with al-Mayadeen television.

“As for the term a ‘security zone,’ it is incorrect: what Turkey really implies is a zone of occupation,” she added.

Earlier, Senior Kurdish official Aldar Khalil welcomed on Thursday the agreement between the United States and Turkey on a ceasefire in Syria.

Previously, Turkish President Recep Tayyip Erdogan held negotiations with US Vice President Mike Pence in Ankara that lasted more than 4 hours. The parties agreed to suspend the Turkish operation in Syria for 120 hours to facilitate the withdrawal of the Syrian Kurds’ militia to a distance of about 30 kilometres (some 20 miles) from the border with Turkey.