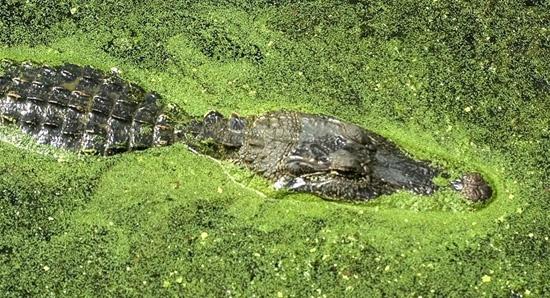 American alligator catcher and reality television personality Paul Bedard posted a series of photos on Instagram featuring a 9-foot (3-metre-long) gator after catching it in a Florida family’s pool.

Professional alligator wrangler Paul Bedard was called to a home in Parkland, Florida, where he found one of the state’s native lizards lounging in a swimming pool.

“He was mellow when I caught him. I named him ‘Cool Hand Luke’ because the gator was so mellow and so cool,” Bedard said, as quoted by the Fox News. “He didn’t try to get away from me, he didn’t try to come after me, he was just really cool. He’s got a real mellow personality.”

Paul Bedard said that he had to “play” with the alligator in the water until it got tired, then he took the reptile out from the pool.