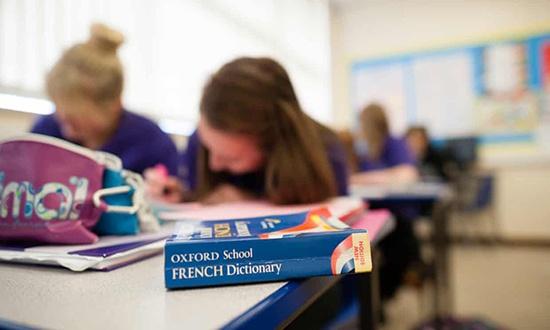 Agence France-Presse in Rennes – The Guardian

France’s highest court threw out an appeal by the authorities of Rennes. Photograph: Redsnapper/Alamy Stock Photo

A two-year French legal battle over an orthographic squiggle has ended in victory for a couple granted the right to write their infant son’s Breton first name as Fañch instead of Fanch.

The country’s highest court for criminal and civil cases threw out an appeal bid by the authorities of Rennes, the capital of the north-western Brittany region, against an earlier ruling in favour of the family of Fañch Bernard.

“The appeal is inadmissible,” the Paris-based court said in a ruling seen by AFP.

When the boy was born in May 2017, a government official refused to employ the “tilde” on his birth certificate, writing the name as Fanch.

A higher officer overturned the decision, prompting prosecutors to approach the local court to uphold what they said was respect for the French language.

Fañch already had an ID card and passport with the tilde on it.

The tilde is used in the Spanish and Portuguese alphabets and in the unique language of the Breton people of north-west France.

In September 2017, a lower court ruled the baby’s name must be written without the symbol on his birth certificate.

That court ruled that the symbol was “unrecognised by the French language”, and said authorising the use of the tilde would amount to a “breach of the will of our state of law to maintain the unity of the country”.

But an appeal court in Rennes overturned that decision, ruling in November last year that the tilde did not pose any threat to the country’s administrative system.

France’s junior interior minister Laurent Nuñez has a tilde in his surname.

Not satisfied, the attorney general of Rennes took the matter on appeal to the highest court, citing “the possible national repercussions of the judgment”.

Thursday’s final word on the matter means “it will be difficult to refuse the tilde to other children in future”, said the Bernard family’s lawyer Jean-Rene Kerloc’h.

“Finally we can move on,” added Fañch’s father, Jean-Christophe Bernard.

The people of Brittany, one of several former independent kingdoms that later became France, have preserved their unique language and culture, though use of the Breton tongue has dramatically declined in recent decades.

France has limitations on what people are allowed to name their children, and a registrar can intervene if they believe a chosen name poses a threat to the interests of the child, subjecting them to mockery, for example.

Last year, a couple was reportedly taken to court for deciding to name their son Griezmann Mbappe, the surnames of two football stars.

Other names that have been disallowed include Nutella and Fraise (French for strawberry).