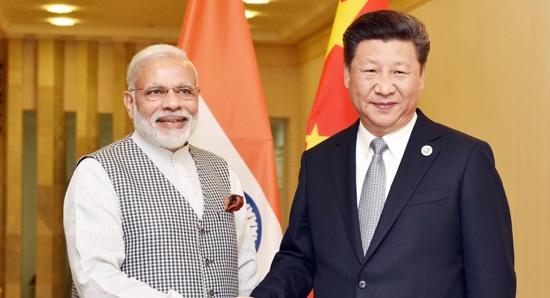 Two major Asian giants, India and China, continue to seek ways to settle economic, political, territorial and trade differences. Indian and Chinese journalists have explained why the two countries need to act in synergy while commenting on the recent informal summit between Narendra Modi and Xi Jinping in Chennai.

Likewise this year’s informal talks were preceded by a diplomatic row between India, Pakistan and China over New Delhi’s decision to reconstitute the India-administered part of Kashmir into two union territories. The new law which is due to come into effect on 31 October has escalated tensions since the three countries lay claims for the region.

To add to the controversy, New Delhi and Beijing have yet to reach common ground on the China-Pakistan Economic Corridor (CPEC) which would pass through the Pakistani-administered Kashmir areas of Gilgit and Baltistan, claimed by India.

Meanwhile, the 16-member Regional Comprehensive Economic Partnership (RCEP) summit in August exposed India-China differences on vital economic issues and turned the spotlight on New Delhi’s $53.6 billion-trade deficit with China in about $95.54 total bilateral trade. Indian businessmen also complained that China did not provide free market access to its IT and pharma products.

And still, the second informal Xi-Modi summit has yet again demonstrated that the two Asian giants are open to dialogue and eager to talk the burning issues through, say Amrita Dhillon, the founding editor of a New Delhi-based magazine, The Kootneeti, and Thomas W. Pauken, a Beijing-based author and journalist who writes for China’s CCTV broadcaster under the alias Tom McGregor.

Informal Dialogue is the Best Way to Settle Differences

According to Dhillon, “informal dialogues” are the best way to resolve controversies between the two nuclear neighbours.

“Relations between India and China are centuries-old”, the Indian journalist says. “However, in the last seven decades, there have been many such occasions, where these two Asian giants came for a face-off: sometimes, on the battleground, sometimes at UNGA and sometimes through indirect channels. Xi and Modi represents 2.72 Billion people of this planet, who were once colonised and still struggling to develop. Such situations demand all the means of communication. Informal meetings like ‘Wuhan Spirit’ and ‘Chennai Connect’ shall help to build a good personal bond between the two leaders who are destined to hold the office at least till 2023-2024 together in China and India respectively.”

During the second informal summit Prime Minister Modi emphasised that while the ‘Wuhan spirit’ “[had] instilled a new momentum and trust” between the two nations, the October meeting was “the start of a new era in India-China relations.”

​Commenting on Modi’s statement Thomas Pauken outlined that there are signs showing that the recent meeting has indeed ushered in a “new era” for Sino-Indian ties.

​“The ‘Art of the Ceremony’ holds great significance for China’s foreign policy”, the Beijing-based journalist notes, “The imagery and photos coming from Xi’s visit to India appear fantastic. Xi and Modi are visiting India’s historic sites at or near Chennai and that proves China’s new passion for ancient Indian culture and their greater appreciation for the Hindu religion. Although Xi is not a religious man, we should never underestimate the special significance of the Chinese President going to spiritual grounds in India.”

As Chinese Vice Foreign Minister Luo Zhaohui told reporters on 13 October, Modi and Xi agreed to establish a high-level economic and trade dialogue mechanism between the countries. The new mechanism is aimed at reducing the Sino-Indian trade deficit as well as enhancing mutual trade, investment and services.

Amrita Dhillon expresses cautious optimism with regard to the newly proposed measure advocating a “wait-and-see approach.”

“We will have to see how the two parties address particular trade concerns and what specific give-and-takes would be involved,” she says. “I fear an Indian entry to Chinese market won’t come free – maybe Indian green signal to Huawei building our 5G networks will be on the table here.”

She notes that while Chinese exports to India constitute 2.9 percent of its total export (2017), India still imports 16 percent of all imports from China.

“That is the huge gap that needs addressing-perhaps with import diversification,” the Indian journalist explains. “Although increased exports to China certainly provide a boost to the economy, but also provide the Chinese a big leverage over India to use it under its coercive means to launch export controls, inflicting economic damage to India-like it has been doing with Australia.”

​As for China, it can “benefit by scoring a free trade agreement with Delhi while at the same time negotiating a US-China trade deal”, Pauken, the author of US vs China: From Trade War to Reciprocal Deal, highlights.

The Beijing-based journalist draws attention to the timing of Xi-Modi meeting: it took place “right at the moment US and Chinese officials were meeting for trade talks in Washington.”

According to him, during the recent trade negotiations Beijing and Washington took a step closer to the signing of a partial trade deal that could potentially bring an end to the trade war simmering between the countries since March 2018.

He does not rule out that the US, India and China may form a new “triumvirate” that would dominate the global economy for the rest of the 21st Century.

Why Kashmir Issue Remained Outside the Scope

While the two countries addressed a wide range of topics during the high-level informal meeting the pressing Kashmir issue remained outside of the scope of the Xi-Modi summit. The question then arises as to why the Chinese and Indian leaders overlooked the problem.

“I believe, Kashmir is a very sensitive issue in South Asia and talking about it would’ve created a gap for other talks between leaders,” Dhillon responds, adding that nevertheless, “India needs to raise this issue through the highest diplomatic channels” and draw China’s attention to the Panchsheel Agreement in which the countries decided to not interfere in each other’s’ domestic affairs.

Pauken echoes Dhillon’s stance: According to him, it was nearly impossible to solve this highly sensitive issue within the framework of informal summit.

“Xi and Modi are having informal meetings and on account of that if there are major issues that can’t be resolved anytime soon, there’s no reason to discuss them. Xi and Modi seek to establish a better friendship and they can always agree to disagree,” the author underscores.

On 6 August, India’s parliament approved the reorganisation of Jammu and Kashmir into a union territory (UT) and formed a separate UT in Ladakh. Beijing opposed India’s move to make Ladakh a union territory, since both countries have a territorial dispute over the region.

Responding to China’s concerns Indian External Affairs Minister Subrahmanyam Jaishankar explained in an interview with the Asia Society Policy Institute that India’s frontier had not changed and the Line of Actual Control (LAC) between China and India had remained intact.

India and China Have Great Potential, Should Act in Synergy

No matter how big the differences between India and China are, the two countries have great economic potential and need to develop ties and act in synergy, the journalists say.

Having “supreme human capital” and “taping on the human resource” the two countries “will generate more prosperity for the world,” she foresees. Besides, India and China could be complementary to each other, the Indian journalist stresses: while India is doing very well in space technology, China is leading the world in artificial intelligence (AI).

“In the second half of this very Asian Century India and China are going to be the largest economies as well as markets,” Dhillon says. “The time is ripe for both the countries to side the irritants while talking on the bilateral relations, and forge 21st century ties.”

Pauken shares the similar stance by envisioning that the cooperation of the two countries may pave the way to a “new paradigm in geopolitics.”

“We can expect the dawn of brighter ties between China and India as the neighbouring nations start to overcome gaps or cultural misunderstandings and they will both strive to work in greater harmony to endeavour in more economic cooperation,” the Beijing-based author concludes.