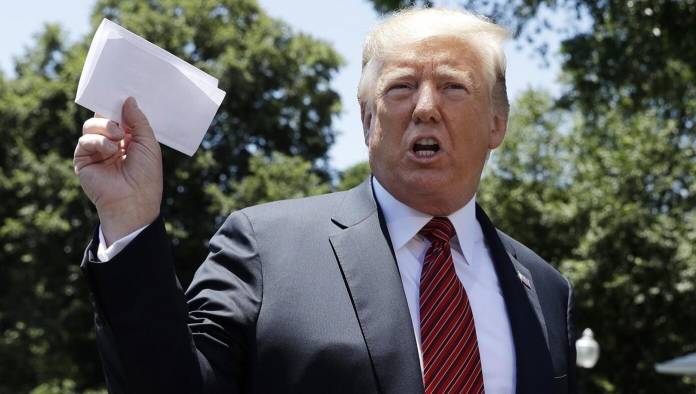 Ankara has ignored an offer by U.S. President Donald Trump in a letter sent to the Turkish president, adding that the ongoing Operation Peace Spring already responds to it.

“The letter written on Oct. 9 was rejected by President Recep Tayyip Erdoğan and thrown away,” Turkish media quoted a diplomatic source as saying.

“The straightest answer to this letter is the Operation Peace Spring, which began on Oct. 9,” said the source.

“Trump understood such proposals were not valid,” the source said.

“[Trump] has seen that he cannot make Erdoğan do anything with the mediation offer.”

White House confirmed late on Oct. 16 that a Trump letter to Erdoğan revealed on social media was authentic.

Trump said in the letter that “he could destroy Turkey’s economy if the situation in Syria is not contained and resolved in a humane way.”

“Let’s work out a good deal!” he said, suggesting a U.S. mediation to stop Turkey’s operation against the YPG, the Syrian arm of the outlawed PKK, which is listed as a terrorist group by the two NATO allies and the European Union.