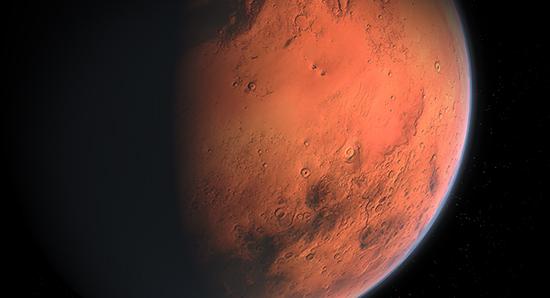 After studying the remains of exoplanets that crashed into dead stars, scientists tend to believe that rocky planets similar to Earth and Mars are likely common outside of our solar system.

A study published on Thursday in Science magazine describes how by observing the rocky guts of exoplanets, which are worlds from different star systems, scientists revealed that there might be plenty of worlds like Earth in our galaxy.

“It’s pretty cool because this is really the only way to measure the geochemistry of exoplanetary bodies directly,” said lead author Alexandra Doyle, a graduate student of geochemistry and astrochemistry at UCLA, in a phone call.

Co-author Edward Young, a professor of geochemistry and cosmochemistry at UCLA, added that the study represents “the first time such an advanced way of looking at the geochemistry of these bodies has been used.”

The study describes a way of deducing the geochemistry of such worlds with the help of white dwarfs – remains of stars that have blown up and collapsed into tiny, dense spheres about the size of Earth. The pyrotechnic deaths of these stars scramble the orbits of many objects in our solar system, such as asteroids and planets. Some of these worlds may end up hurtling toward the star’s posthumous white dwarf, which tears them apart over the course of about 100,000 to one million years.

“Whenever a body comes really close to it, a white dwarf will completely shred it and that dust and debris will fall and accrete onto the star,” Doyle explained. “White dwarfs are really the only way that you can measure the rocks directly because we know that when we’re observing them, the elements that we’re seeing—iron, silicon, magnesium—are directly from the rock itself.”

The team observed six of these “polluted” white dwarfs located between 200 and 665 light years from Earth. The researchers were particularly interested in quantifying the iron content of rocks smashed up by the white dwarfs, as the iron could be a key indicator of “oxygen fugacity,” which is a measurement of the past oxidation levels of a planetary body.

The particular challenge is to detect the oxygen in these Earth-like planets as scientists are still not sure why planets in our solar system seem to have been enriched with so much oxygen. The only thing that remains clear is that oxidation deeply influences whether a world will develop a magnetic field, plate tectonics, and other processes that are crucial to life here on Earth.

“Oxygen fugacity is as important as pressure and temperature constraints for determining which minerals will be dominant in the interior of a planet,” said Doyle. ”So, this can have huge implications for parameters that are important for habitability.”

The researchers discovered that the same chemical compounds found in Earth, Mars, and asteroids in our solar system—including iron—are also abundant in the objects that crashed into these six white dwarf systems, meaning that bodies that are similar to Earth and Mars appear to be common throughout the Milky Way.

Doyle and her colleagues plan to keep observing polluted white dwarfs to build an even more robust model of the contents of exoplanets.

“The prospect of doing the kind of chemistry on planets that we do inside this solar system outside the solar system, I wouldn’t have thought would be possible,” said Young.

“But it is possible,” he continued. “We’re actually doing true geochemistry on rocks from several planetary systems. To me, that’s really exciting because now everything we’ve learned about the solar system has relevance beyond the solar system.” 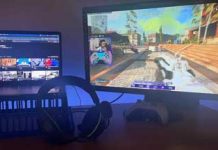