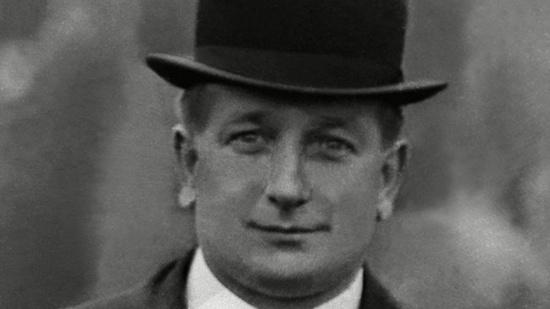 “We’ve had our ups and downs” is the line belted out by the capacity Elland Road crowd before every home match – and Leeds United have certainly experienced the extremes on both ends of the scale.

The West Yorkshire club celebrate 100 years of existence this week. Three-time champions of England coupled with success in both domestic cups; Leeds have hit heights that some could only dream of.

Don Revie’s team of the late 1960s and 1970s is what most have fond memories of. Nine trophies lifted in 13 glory-laden years helped to cement Leeds as one of the top teams in the game. Revie’s statue overlooks the imposing East Stand of the stadium.

United weren’t the only top team in Leeds though. Their beginnings may not have been necessary when they were formed at Salem Hall in October 1919.

Before them were Leeds City. Founded in 1904 but dissolved just 15 years later after expulsion from the Football League. Their existence in English football was short, but it certainly wasn’t quiet.

It was a surprise that football took so long to begin in the city. They’d witness a friendly between Sheffield clubs in 1877, and had a few years with Hunslet FC and Leeds Steelworks from 1894, but the early 1900s provided their first real large city club.

Gilbert Gillies led the side from 1904 but failed to bring success. The club were rooted to the Second Division throughout their 15-year life, even with the great Herbert Chapman leading them from 1912 onwards.

Chapman is best known for his successes with Huddersfield and Arsenal, but he lays claim to guiding City to their highest ever finish of fourth in Division Two.

The efforts on-the-pitch are far from why they are best known though. The Leeds City Scandal of 1919, centred around illegal payments, ultimately led to the club’s demise.

It began with Charlie Copeland. The City player unhappy with the wage he was receiving from the club. Despite his inability to nail down a starting spot, Copeland was still earning around £150 per week in today’s money.

The board and Copeland aimed to find a compromise. Leeds offered an increase but the player was still not satisfied. His ambitious aim of doubling his current wages was not going to work.

Then came the ultimatum.

Either the Leeds board met his request for a higher wage or he would report them to the Football Association for making payments to players during wartime, something that was strictly forbidden.

It was a practice that Leeds were reportedly not the only team to carry out, but one in which the authorities could not ignore.

Those in charge looked to call his bluff and refused, thus granting him a free transfer to Coventry. The problem didn’t go away though and Copeland passed on his knowledge to the FA in the summer of 1919.

Charles Clegg headed the commission looking into the claims. Such was the strength of the evidence provided that just two months after Copeland had made the allegations, the FA asked Leeds to attend and present their side of the story.

Incredibly, the reply from City was that they wouldn’t be able to do so. The seriousness of the crime seemingly unfazed those in power. The FA gave Leeds until October 6th 1919 to produce the relevant documents.

Even with the real possibility of their expulsion, City operated an almost ‘business as usual’ policy. It was a well-known secret that other clubs were doing the same, the difference being that Leeds had been found out by those in charge.

The team carried on as they had before, disregarding the looming threat that hung overhead. They’d earn draws against Hull and Wolverhampton in September, before securing a 4-2 victory in the return leg in the Midlands a week later.

October 6th came and went and Leeds had completely ignored the demands. That forced the FA commission into action once again, suspending Leeds’ upcoming game against South Shields while they discussed the next stages.

The punishment was severe and Leeds City were removed from the Football League. An extreme move, but one that League chairman John McKenna wanted to do in order to make their position clear.

“The authorities of the game intend to keep it absolutely clean. We will have no nonsense,” he said.

“The football stable must be cleansed and further breakages of the law regarding payments will be dealt with in such a severe manner that I now give warning that clubs and players must not expect the slightest leniency.

“Every member of the Commission was heartily sorry that Leeds had to be dealt with at all. We recognised that they had gone through troubled times before, they were a new club, that they had obtained a good holding in a rugby area, and that the club had bright prospects.

“But our case was clear – Leeds were defiant and could only be defiant through one cause – feat of the papers giving away certain secrets.”

The remaining clubs met at the Metropole Hotel in Leeds on October 17th 1919 where they would hold an auction to buy the 16 members of City’s playing squad.

Harry Millership moved to Rotherham County and John Hampson made the switch to Aston Villa with both commanding fees of £1000 each.

All 16 players would be snapped up, with Lincoln being the most active of those present as they welcomed William Ashurt, Fred Linfoot and Francis Chipperfield for a combined fee of £850 – £43,500 in the present day.

At the same time, in a separate meeting, Leeds United were born under the guidance of their former player Dick Ray.

Huddersfield chairman Hilton Crowther took an interest in the project and gave it financial backing. There was even a possibility of Huddersfield being moved to Elland Road to become a part of the new Leeds team.

He would accept a payment of £17,500 plus shares in Huddersfield and in return, Crowther passed on his full interest in the club.

With everything in place, Leeds were accepted into the Football League in May 1920 with 23 votes to eight in their favour. The foundations were in place to build the rich 100-year history that has followed.

One club’s conclusion on disgraced terms was soon forgotten with almost immediate success for United as they won the Second Division in 1924, something the former team had been unable to achieve.

The death of Leeds City would not stop the story of football in Leeds. The heights of European football and being on the verge of becoming the best team on the continent was combined with a collapse down to England’s third tier.

Of course, United would have financial issues of their own in the future, something that served as a great warning to spending in the modern day. That though, remains a completely different story.