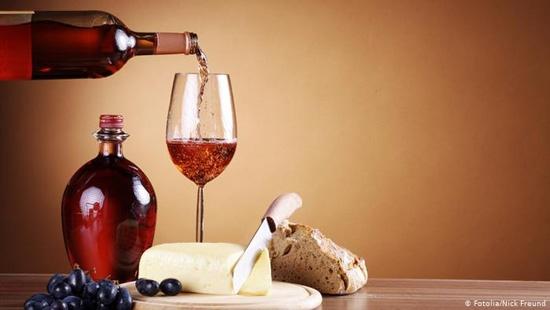 Cheese, wine, olives and many other European goods will be subject to a price hike in the US after President Donald Trump made good on his threat to impose tariffs on a record $7.5 billion worth of European products.

The United States on Friday imposed a range of punitive tariffs on European goods.

Washington announced the countermeasures in response to subsidies for Airbus. It is looking to recoup damages of $7.5 billion (€6.7 billion). World Trade Organization (WTO) mediators had greenlighted the move Monday.

The plan includes duties of 10% on Airbus planes and 25% for agricultural products like French wine, Italian cheese, and Scottish whisky. Tariffs will go into effect at midnight on Friday night (04:00 UTC).

French Economy Minister Bruno Le Maire criticized the move on Thursday ahead of the decision and said there would be “concrete” repercussions if implemented.

“We, Europeans, will take similar sanctions in a few months, maybe even harsher ones — within the framework of the WTO — to retaliate to these US sanctions,” he said in a radio interview earlier this week.

The tariffs are intended to punish the European Union. The WTO confirmed the US argument that Airbus received billions of dollars in illegal subsidies, giving the aircraft producer an unfair advantage over American competitor Boeing. Airbus-producing countries Britain, France, German, and Spain will be subject to more tariffs than other EU member states.

European regional specialties will be particularly affected by the new taxes. Goods with “protected name status”, like Scotch whisky and Parmesan cheese, require a specific production method and geographical provenance to be sold under that name. Such products fetch higher prices and are protected against competition. The new tariffs will give a boost to American copycat products.

European producers feel they are being unfairly targeted in a political spat that has nothing to do with them, and US retailers and importers of European specialty products will also feel the pain.

Products like machines, which are more valuable to the US economy, have been largely excluded from the move. This allows Washington apply pressure to the EU while avoiding undue harm back home.

International trade tensions have plagued the global economy in the last 12 months. Chinese economic growth has sunk to a near 30-year low as the world’s second largest economy suffers through its own trade war with the US.

In annual meetings on Friday and Saturday, leaders of the WTO and its sister organization the World Bank will discuss how to defuse trade tensions that have contributed to a synchronized slowdown in trade that has affected 90% of the globe.