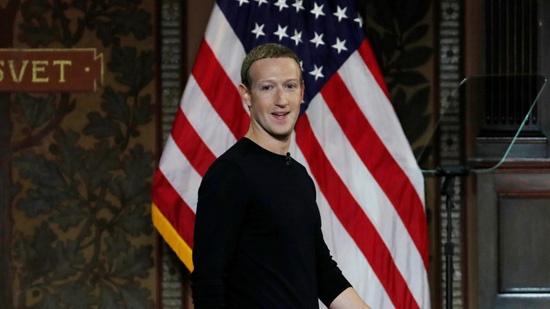 Facebook CEO Mark Zuckerberg gave an impassioned (for him) speech defending his platform as a tool of empowerment with the potential to give everyone in society a voice. Apparently he hasn’t spent much time there lately.

The billionaire rhapsodized about the liberating potential of Facebook before an audience at Georgetown University on Thursday in a “conversation on free expression,” an event that undermined its own purpose before Zuckerberg even opened his mouth. Reporters were barred from asking questions or even filming the proceedings, while students’ inquiries were subject to a moderator. But such matter-of-fact hypocrisy set the stage for a speech that described an enticing vision for the platform’s future – one that would require a 180 degree turn on everything Facebook is doing now.

“Giving more people a voice gives power to the powerless,” Zuckerberg gushed, describing how students using the early version of Facebook got more involved in their community and achieved more in life. More than a few people were shocked when he reinvented the platform’s origins from a ripoff of “Hot or Not” that got him called before Harvard’s administrative board for violating students’ privacy to a way for students to express their opposition to the Iraq War.

And if some students were empowered by the early platform, despite its prurient aims and a privacy-violating spirit that has survived to the present? That was before Facebook became primarily a tool to sell ads, riddled with dopamine-tweaks designed to keep the user online for as long as possible – which was always the end goal, according to early employee Sean Parker. Studies have shown that Facebook (and social media in general) actually reduce users’ investment in meaningful life activities, sending them spiraling into depression and anxiety the more they use it.

Zuckerberg pooh-poohs the idea that the rise of Facebook and other internet monopolies (a word that does not appear in his speech) have centralized power, insisting instead it has created a “trend toward greater voice over time.” And this is true – within very strict limits. Facebook encourages political dialogue within the limits set by mainstream media and watchful governments. Step outside the line, however, and having your post removed may be the least of your troubles. The platform readily cooperates with law enforcement, serving up a record of a user’s entire Facebook history if it believes “in good faith” such action is legally required. Facebook jumps to delete entire accounts at the request of the US and Israeli governments, even if the account never violates the platform’s terms of service. “The smart way to keep people passive and obedient is to strictly limit the spectrum of acceptable opinion, but allow very lively debate within that spectrum,” as Noam Chomsky once said.

Citing past offenses against freedom of speech in the US, Zuckerberg said, “it seems obvious that, of course, protests for civil rights or against wars should be allowed.” Yet his platform has booted off hundreds if not thousands of anti-war activists’ pages and personal accounts. That mass deplatforming sped up significantly following Facebook’s decision to partner with the Atlantic Council, a think tank backed by defense contractors and NATO, and whose board of directors includes the former head of the same NSA that was allowed to build its own backdoor into Facebook under the PRISM program. Accounts with millions of followers were booted for “coordinated inauthentic behavior,” a difficult-to-define all-purpose offense that might as well be renamed “thoughtcrime.”

“I’m here today because I believe we must continue to stand for free expression,” Zuckerberg declared. No one laughed – although with reporters barred from streaming the speech, a healthy chortle could have been edited out. He gently explained that “most people” don’t want “dangerous” disinformation, ignoring that the organization policing ‘disinfo’ on Facebook has an entire division devoted to smearing anything that contradicts the NATO line as disinfo (and blaming all of it on Russia, the better to deplatform those who share it).

His speech was packed with common-sense gems that few would disagree with. “I don’t think most people want to live in a world where you can only post things that tech companies judge to be 100% true,” or “I don’t think it’s right for a private company to censor politicians or the news in a democracy.” He even acknowledged the threat of “countries try[ing] to impose their speech restrictions on the rest of the world.”

But then he revealed he was talking about China, informing the audience that Beijing was the real threat to free expression. Chinese-owned platform TikTok – a rising threat to Instagram’s dominance – censored content related to the Hong Kong protests, he said, ignoring Facebook’s decision to kick several users off its platform for the same reason in August. The deplatformed Facebook users took the Chinese government’s side and were deftly dismissed as “coordinated inauthentic behavior.” Zuckerberg likely hoped the audience had forgotten his groveling before the Chinese government, a ballet of sycophancy that included begging President Xi Jinping to give his child a Chinese name (Xi turned him down and refused to allow Facebook into China).

“Increasingly, we’re seeing people try to define more speech as dangerous because it may lead to political outcomes they see as unacceptable. Some hold the view that since the stakes are so high, they can no longer trust their fellow citizens with the power to communicate and decide what to believe for themselves,” Zuckerberg lamented, calling that view a “danger to democracy.”

He’s right about that – but Facebook has proven through 15 years of siding with authority against its users that if they want freedom, they’ll have to log off to get it.