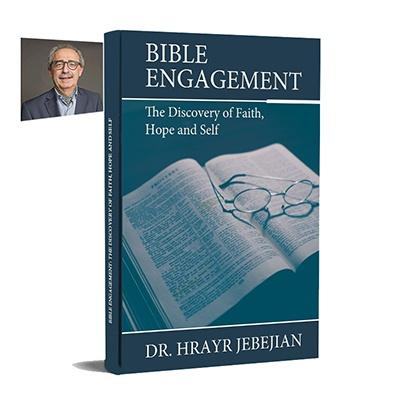 This New York Theological Seminary DMin (Doctor in Ministry) dissertation by the General Secretary of the Bible Society in the Gulf (BSG) was published in May 2019 and received the award for the Best Mission Project “Focusing on Audiences” at the UBS (United Bible Societies) Roundtable 2019.

Within a scholarly framework, it describes very personal and human forms of Bible Engagement by Indian migrant workers living in the Gulf.

Behind the headline stories of celebratory Bible dedications, there are infamous cases of stocks of translated Bibles being unused, the life work of translators and foreign missionaries being devoured by termites, and languages developing fast, leaving those texts consigned to history. Modern responses have included increasing community involvement in the translation project, building Bible Engagement into translation projects from the start, and increasing the speed of publication (especially in digital formats). Another important response has been research into Bible use, such as SIL International’s  (Formerly known Summer Institute of Linguistics) major SURAM project in Papua New Guinea. Now Hrayr’s work is the first major such research project I’m aware of from within the UBS fellowship. And he promises fruit:

“In light of the above findings, Discipleship, Training, Literacy Programs, and Further Research are some possible further directions for the BSG.” (p. 115)

… and that from one of the most dynamic Bible Societies in just those areas!

Concise and helpful surveys are made of the Gulf (ch. 1), its Christian history (ch. 2) and its migrant majority populations (ch. 3); though just introductory, these sections are in themselves valuable for anyone who would like to understand the Gulf better, or the ministry of BSG. Hrayr then describes the theological context for Bible Engagement in terms of ‘Christian change’ and ‘hope’ (ch. 4).

After a careful description of the research methodology (ch. 5), most of the second half of the book is devoted to the voices of the interviewees. Eighteen Telugu migrants (ch. 6), women and men between 25 and 55 living in the UAE (using pseudonyms) describe their own personal Bible engagement, in response to three preselected Bible texts about women who met Jesus (Luke 13:10-17; 8:40-48; Matthew 15:21-28) and a formal questionnaire (provided as an appendix). The texts had been provided to them in advance—in printed format to six, in audio-visual to six and in a storytelling format to six, to include literate, semi-literate and illiterate respondents and their forms of Bible engagement. Six church leaders (ch. 7) are also interviewed—from Egyptian, Ethiopian, Pakistani, Filipino, Tamil and Telugu congregations. Conclusions (ch. 8) analyse the research data in terms of the earlier-described theological perspectives of Bible Engagement, and offer some prospectives.

The distinctive social problems of migrant communities are well known, but still it’s moving to hear the transparent voices of theologically uncomplicated people connecting their lives with first-century characters who are themselves in various ways alienated, outcast and struggling. Money, nationality and religion are of course mentioned frequently, but also, strikingly, issues of separation and divorce, sickness, addiction and despair. And all of these are evoked in the respondents minds and hearts by biblical stories, received in the simplest and most uncritical way possible, and from which they draw deep hope and encouragement. An ancient Canaanite woman’s story helps a modern Indian housemaid to cope with the aftermath of a painful divorce. A crippled Jewish lady inspires a Dubai school bus conductor to witness to her sick friend. Scriptures, unchained, are doing what they were meant to do!

“The Bible is not an answer book or good luck piece to bring God’s blessings. It is precious because it offers people a way of understanding the world in a fresh perspective that leads to life, joy, and wholeness. … Each person creates their own meaning on the basis of their personality type, education, and whatever else they bring to the text. Some read and make meaning but camp on the edge, fearful of the abyss; another turns back to the past for answers, not willing to find their own way across; and yet others move on towards the future by trying to cross the chasm …” (p. 95)

Reading this book has given me more insight into the increasingly common situation of migrants minorities within minorities (in this case, Christians among Hindus among Muslims). It has reminded me of the simple joy that I used to see in my great aunt of being able to connect with stories of Jesus and his first followers. And it has shown me how genuinely adequate for this purpose other media (audio-visual, storytelling) can be.