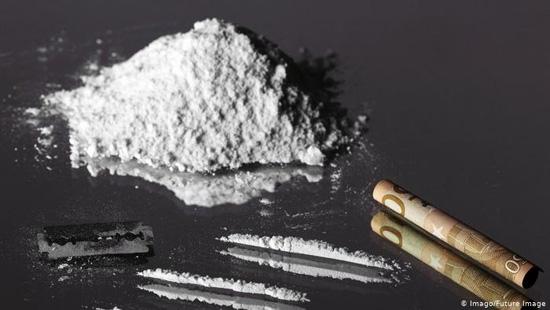 A rise in the number of ‘cocaine taxis’ delivering the drug to people’s doorsteps has the Berlin police concerned. Cocaine is playing an increasing role in drug-related deaths in the city.

Berlin police authorities are dealing with a growing number of “cocaine taxis”, cars that will deliver the drug to any location around the city with a phone call or text.

Law officials opened 35 new investigations into such cases between the months of May and October alone, Berlin-based German public broadcaster rbb reported Monday.

Customers order a “taxi” by placing a phone call or sending a text with the address to a private number, which connects them to an unofficial call center. Within 15 minutes, an unmarked car arrives at the designated location. The exchange usually takes place inside the vehicle.

Second only to heroin

Cocaine has played an ever greater role in the Berlin drug scene over the last two to three years. It is the second-highest cause of drug-related deaths in the city after heroin. 35 people died after consuming cocaine in Berlin in 2018. As of July 2019, the police had already registered 25 deaths for the year.

Authorities say they are struggling to deal with the significant increase in cases in recent months.

“Right now we have such a burden in our department with these cocaine delivery service investigations that it occupies the entire police department.That wasn’t the case in previous years,” Olaf Schremm, head of Berlin’s drug crime investigation department, told rbb24.

In May, the police arrested two men in Berlin for delivering cocaine by car. In one vehicle they found a kilogram of cocaine valued at €40,000 ($44,612) along with two fake firearms.

‘Huge Flash Bursting Into Sparks’: Stargazers in Meltdown Over Dazzling ‘Fireball’ in Skies Above UK

“Can’t Imagine What It Must’ve Been…”: Harry, Oprah Talk About Diana