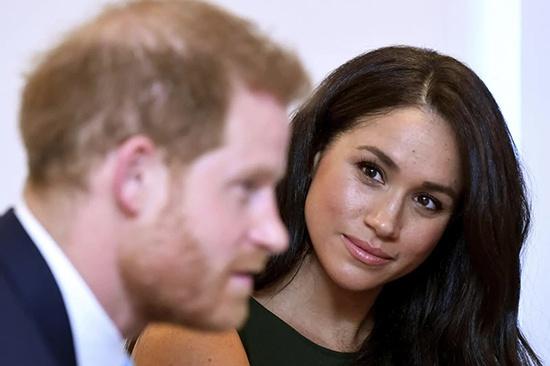 London: The Duchess of Sussex has described the past year as a member of the royal family as “hard” and says her British friends warned her not to marry Harry.

The US-born former actress said she had tried to cope with the pressures of her new life, since marrying the Duke of Sussex in May 2018, by putting on a “stiff upper lip” but she was not prepared for the intensity of tabloid interest.

She told ITV documentary Harry & Meghan: An African Journey: “It’s hard. I don’t think anybody could understand that, but in all fairness I had no idea, which probably sounds difficult to understand.

“But when I first met my now-husband my friends were really happy because I was so happy, but my British friends said to me, ‘I’m sure he’s great but you shouldn’t do it because the British tabloids will destroy your life’.”

Meghan, 38, said that, as an American, she “very naively” thought this did not make any sense, adding: “I’m not in tabloids. I didn’t get it, so it’s been complicated.”

The couple have faced mounting criticism after reportedly taking four private jet journeys in 11 days this summer, rather than opting for commercial flights, despite speaking out on environmental issues.

Singer Elton John said he provided the couple and their baby son Archie with a private flight to “maintain a high level of much-needed protection”.

He also hit back at what he called “these relentless and untrue assassinations on their character”.

Meghan is suing the Mail on Sunday over a breach of privacy after it published a private letter between her and her estranged father.

Harry has also begun legal action in the High Court in relation to the alleged illegal interception of voicemail messages by Sun, News of the World and Daily Mirror journalists.

During the couple’s recent southern Africa tour, journalist Tom Bradby also asked Meghan if she could continue to cope with the pressure and what would happen if she could not.

She told him: “In all honesty I have said for a long time to H – that is what I call him – it’s not enough to just survive something, that’s not the point of life. You have got to thrive. You have got to feel happy, and I think I really tried to adopt this British sensibility of a stiff upper lip.

“I tried, I really tried, but I think what that does internally is probably really damaging, and the biggest thing that I know is that I never thought this would be easy but I thought it would be fair, and that is the part that is hard to reconcile but (I) just take each day as it comes.”

Bradby pointed out that her position of privilege, wealth and fame comes with scrutiny.

Meghan responded: “When people are saying things that are just untrue, and they are being told they are untrue but they are allowed to still say them, I don’t know anybody in the world who would feel that’s OK and that is different from just scrutiny.

The Duke of Sussex told journalist Tom Bradby he and his brother are “on different paths” and have “good days” and “bad days.”

He was answering a question about rumours of a rift between himself and the Duke of Cambridge, in a year which has seen Harry and his wife Meghan split from their joint charity with William and Kate, the Duchess of Cambridge.

Harry said that “inevitably stuff happens”, particularly with such a high-profile role and a family that lives under pressure.

In the documentary, Harry said: “We are brothers. We will always be brothers.

“We don’t see each other as much as we used to because we are so busy but I love him dearly.

“The majority of the stuff is created out of nothing but as brothers, you know, you have good days, you have bad days.”

The two couples have gone from being the “Fab Four” royal charity power team to dividing their focus into two separate foundations.

After the split was announced earlier this year sources denied any feud, saying the move was “largely about preparing both couples for their future roles, which are obviously on divergent tracks”.

William and Kate will remain with the original charity while Harry and Meghan establish their own new charitable foundation.

The foundation said the couples will continue to work together, including on the Heads Together mental health campaign.

The Royal Foundation venture lasted 16 months after being set up by William and Harry in 2009 to run all their charity campaigns.