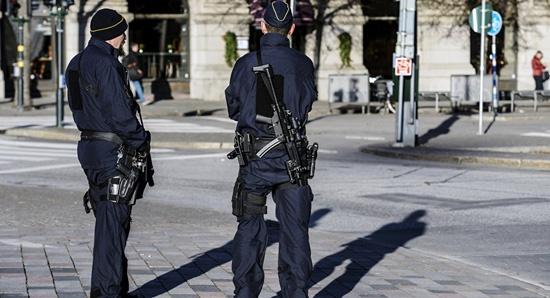 According to pundits, there are several possible explanations why thermos bottles have become the preferred choice. One is that the criminals have switched to homemade explosives that are temperature-sensitive and need to be kept cool. Another is that a thermos draws considerably less attention than, say, a steel pipe.

Thermos bottles have been used as containers in a spate of blasts across Sweden, the newspaper Aftonbladet reported, signalling a new trend.

Over the past year, so-called thermos bombs have been used in attacks in both Malmö, Gävle, and Stockholm. In Malmö, a criminal gang has recently been charged with three explosions where the bomb was placed in a thermos. One of the victims ended up mutilated and lost their forearm. While plastic remnants were found on the spot, one of the suspects was later found on surveillance footage procuring a thermos.

At the site of the most recent thermos attack that occurred outside a multi-family residential in Stockholm’s district of Södermalm last week traces of ethylene glycol dinitrate, EGDN, were found. While this type of explosive has so far been uncommon in Sweden, it is widely utilised in attacks in the Middle East, experts said.

“It’s a thing you can make yourself. It is common for blasts in the Middle East”, explosives expert Bo Janzon, professor and member of the Royal Academy of Sciences, told Aftonbladet.

Police officers admitted to Aftonbladet that they see thermos bombs as a new trend. The phenomenon is a novelty even for Bo Janzon. According to the professor, there are several possible explanations why the thermos bottles have become the preferred choice. One is that the criminals have switched to homemade explosives that are temperature-sensitive and need to be kept cool.

“The more polluted the products are, the better it is to keep it cool”, he said, calling people who are into this sort of thing “idiots”.

Another is that a thermos draws considerably less attention than, say, a steel pipe.

“Virtually anyone may be running around town with a thermos. You may even have some coffee on top”, Bo Janzon concluded.

In recent years, Sweden has seen a dramatic increase in explosions. Between January and July this year alone, a mind-blowing 120 blasts occurred in Sweden, compared with 83 last year a 45-percent year-on-year jump.

According to Petra Stenkula, director of police investigations at Region South, the upward trend has been particularly pronounced in the past three years.

“At present, we are left to speculate why. We have an increased problem with crime and exclusion”, Stenkula said, as quoted by national broadcaster SVT. According to her, it is not uncommon for young people to be exploited by criminal networks. “It is possible that the supply of dynamite is good, while it has become somewhat limited in terms of weapons”, Stenkula mused.