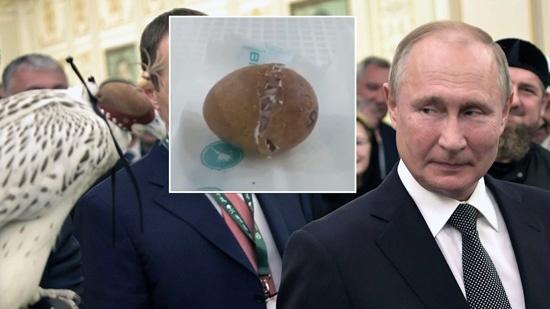 A Russian falcon made a splash in the news after soiling the floor of a Saudi palace as President Vladimir Putin was presenting her to King Salman. Fame came at a cost: the intimate moment of the bird’s birth was shared online.

The gorgeous white-feathered gyrfalcon named Alpha came from Russia’s Kamchatka, had champion hunting parents, and was personally gifted to King Salman bin Abdulaziz Al Saud by Putin last Monday. The thing that made her famous, however, was an embarrassing red-carpet incident, in which the bird got overexcited and relieved herself on the Saudi palace floor.

Some media jeered at the incident, suggesting that the falcon would face severe punishment and even accusing Russia of trafficking endangered species.

Responding to claims that the bird was brought to Riyadh “illegally,” the Russian Ministry of Natural Resources and the Environment disclosed the gyrfalcon’s heritage. In a Facebook post, it explained that both Alpha and her sister, later gifted by Putin to the UAE Crown Prince, were bred in a specialized Far Eastern falconry center and had all the necessary documents and permissions to ’emigrate’ to the Gulf monarchies.

As a bonus, the ministry enclosed a minute-long video that showed “the miracle of birth of this unique bird” – that is, the moment Alpha’s egg hatched. The original clip has since clocked nearly 20,000 views.

As for actual “repercussions” from the Saudi side, Alpha probably has little to fear: after all, the kingdom’s royals are so obsessed with these prized birds of prey that sometimes entire commercial planes are booked for their transportation. Any bird lovers out there would know that these flights, too, would have little chance of getting away clean.

WhatsApp to switch off messages for all who reject new terms 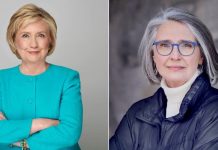