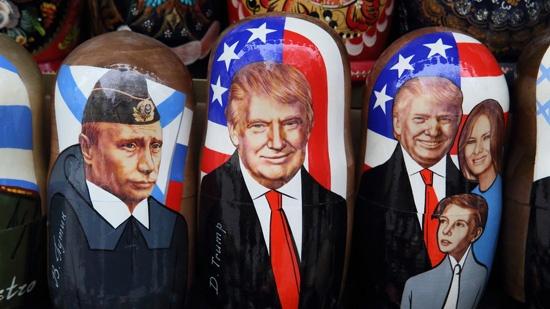 The 2020 presidential election is still more than a year away, but you wouldn’t know that to look at all the Russian plots to subvert it breathlessly discussed in US media. Who are these recently exposed Kremlin agents?

Ever since the election of Donald Trump as president in 2016, the US media has been ferreting out the Russian meddlers within the country, as it’s their patriotic duty to do. Not even the disappointment of the Mueller report finding no Russian collusion could stop them – they know that Putin must have gotten to Mueller somehow, and Trump will always be a Kremlin puppet in their hearts. Meanwhile, any politician who flinches from the idea that endless war is good and noble is tagged and bagged as a Russian agent.

Democratic presidential hopeful Tulsi Gabbard has served in the US Army National Guard since 2003, but her deployment to Iraq was obviously merely a stunt to provide cover for her real goal of cuddling with baby-eating evil Syrian dictator Bashar Assad and trying to lure the US into abandoning its sacred duty to wage war in the Middle East for as long as possible. The election security bill she introduced in the House last year, which would have forced districts to use paper ballots, was a transparent effort to pry American elections out of the trustworthy hands of the Pentagon. And the ‘Stop Arming Terrorists Act’? That’s just discrimination!

CNN witchfinder-general Bakari Sellers sniffed Gabbard out earlier this week, just as she was poised to return to the debate stage and probably fill the audience’s ears with insidious Russian lies, telling a table of surprised panelists there is “no question that Tulsi Gabbard, of all the 12 [candidates], is a puppet for the Russian government.” They weren’t ready for that truth bomb!

Zuckerberg, the CEO of Facebook, was the one who allowed ‘Russian trolls’ to buy $100,000 worth of random ads on his platform in 2016, insisting that .01 percent of the $1 billion spent on advertising during the election period wasn’t a big deal until long after everyone else had fallen in line with the “Russians hacked our democracy” narrative. And with 2020 looming, he’s at it again, selling out our democracy to Putin by way of Trump! Liberals were shocked to learn earlier this week that Zuckerberg had been meeting with conservatives in private, off-the-record dinners, and declared the billionaire must be plotting to throw another election to the Russians.

Noted Russia experts like Molly McKew and Senator Sheldon Whitehouse (D-RI) exposed Zuckerberg even before #DeleteFacebook started trending among the #Resistance, leaving liberals scurrying to come up with arguments why they should be allowed to keep Instagram and WhatsApp. Quick, Putin, now’s your chance to buy hundreds of dollars’ worth of ads on Instagram featuring awkward memes and steal the 2020 election!

The NRA, aka: the Russia-backed domestic terrorist group

The National Rifle Association may seem as American as apple pie, but that’s exactly what made it so delicious to the Russians. The Senate Finance Committee spent a full 18 months digging up the dirt on the Second Amendment-protecting organization, and it didn’t disappoint with its report published last month. The NRA, it claims, actively cooperated with Russian efforts to meddle in the 2016 election.

By allowing the dreaded Russian gun enthusiast Maria Butina to mingle with NRA members, the organization irreversibly infected itself with Putin cooties, and the only solution is to strip it of its tax-exempt status, and maybe tar and feather it, to set an example for any other group that thinks it can stick up for Americans’ constitutional rights.

The Republican staff of the committee disagreed, but we all “know” the Republican Party has been heavily infiltrated by Russians ever since the election of Donald Trump. After all, the leader of the Senate Republicans is ‘Moscow Mitch’ McConnell, and he’s clearly a Russian operative, or else how would he end up with that nickname?

The Republican congressman from Kentucky is a staunch anti-interventionist, and therefore already deeply suspect. But he made it onto the list for demanding – on MSNBC, no less – that Congress should investigate Hunter Biden earlier this week.

The former vice president’s son may have received $50,000 a month for a position on the board of a Ukrainian natural gas company despite having no experience in the energy sector, but that doesn’t mean there was any corruption involved – after all, Anderson Cooper said the “conspiracy theory” involving the withholding of $1 billion in IMF loans unless Ukraine fired a prosecutor investigating that company was completely baseless in front of all the Democratic presidential candidates.

In case anyone forgot, the White House is Kremlin-controlled territory right now, and the Orange One himself has been rubbing it in our faces by colluding with Ukraine to dig up dirt on Biden’s son. How better to throw everyone off the trail than to cuddle up to Russia’s rival? You’re not fooling anyone, Mr. President – if that’s your real name.

House Speaker Nancy Pelosi called out his true loyalties earlier this week, pointing out that everything he’s done in office has been for Russia in a dramatic moment captured on camera and mischaracterized as an “unhinged meltdown” by Putin’s puppet in the White House. “All roads lead to Putin,” Pelosi crowed victoriously when reporters asked her what had really gone on in that room before she stormed out. She knows better than to be discouraged by the Mueller report’s findings of “no collusion.” After all, what is “no collusion” but collusion that hasn’t been found yet? 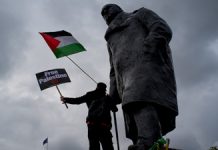 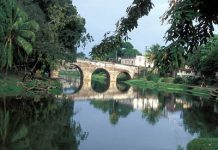