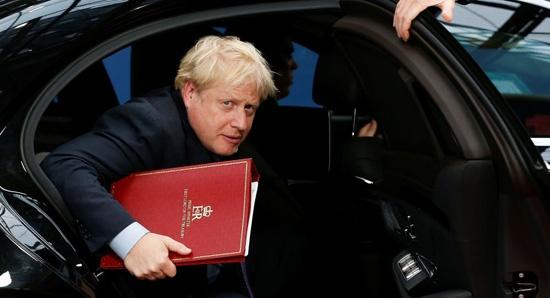 British Prime Minister Boris Johnson and his team in Number Ten Downing Street have called for a decisive vote to be held over his revamped Brexit deal,  after being legally obliged to send a letter to Brussels requesting an extension to Article Fifty.

So with all of this drama unfolding and many twists and turns yet to come; will the UK actually end up severing ties with the EU on October the 31st?

Winston McKenzie: I was one of those people who thought that we don’t need a deal, let’s just walk away and I thought of the parliamentarians and you know, their financial interest in Europe, but the simple fact is that we’ve been involved with the EU for the past forty years and we are in a situation now where it would be foolish to just walk away.

At some time or another, we are going to need Europe and Europe is going to need us, but what Europe needs to understand, is that they are dealing with the fifth largest trading country in the world, and London is the financial epicentre of the world, so they need to listen.

Any sensible MP will accept the deal; it’s no good saying that it’s Brexit in name only because with Theresa May’s deal, the elephant in the room was the Irish backstop and that’s now been taken care of.

What everybody needs to come to the table and realise is that it’s not the be all or the end all, this isn’t where it ends, the negotiations are going to take years to settle, and that’s the best way to do it.

Sputnik: Could the EU still agree to another extension of Article Fifty?

Winston McKenzie: Italy is bankrupt, Spain is bankrupt, so many European countries are bankrupt, of course they are going to wait on us hand and foot all day long, the EU realises that the continent is going bankrupt and they need our money.

If they get rid of us; everyone’s contributions would have to go up sky high, but any politician who turns around and says that we should ignore the deal that Boris Johnson has come back with would be stupid.

Winston McKenzie: Most politicians are out of step with the people, and a lot of them are what I call “playing politics”, they are not playing for the good of the people, they are simply “playing politics”. You’ll hear so many people going on about our fishing rights, but these are only the preliminary issues that we are dealing with, this is just a withdrawal agreement, and nothing is set in stone.

I feel sorry for Ireland, but they need to try and compromise somewhat with what Boris Johnson is putting forward, they need to compromise and work things out once we’ve got this withdrawal agreement.

It won’t be too late; the idea of the border in the middle of the sea is a very potent issue, but it’s only a technical border, these are things that can be worked out after we’ve withdrawn from the EU.