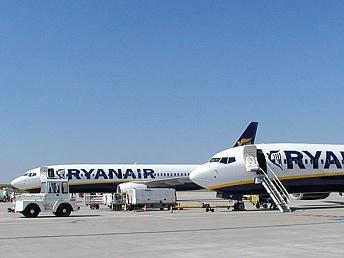 YEREVAN, October 21. /ARKA/. Armenian Deputy Prime Minister Tigran Avinyan has denied today media rumors claiming that in return for the Irish low-cost airline Ryanair’s decision to launch flights to Armenia, the government will pay for its airport ground services in Armenia worth around $80 per passenger.

Armenian media and social networks stories claimed that the government would be paying $5 million a year to Ryanair to compensate for its tickets prices costing on average 35 euros.

According to Avinyan, no money would be paid to the Irish airline at the expense of Armenian taxpayers. ‘Once again, I want to refute these absurd rumors that were circulating in the press and social networks,” he told reporters.

Avinyan explained that the Irish air carrier will be exempted from a fixed $21 tax levied from every air ticket sold in the country.

“I’m not familiar with the details of the Ryanair’s business project, but the logic of such companies is built around maximum efficiency,” said the Deputy Prime Minister.

Europe’s largest low-cost airline Ryanair announced on October 16 the launch of direct flights from Yerevan to Rome and Milan in Italy starting January 2020, and to Berlin starting the summer of 2020. Ryanair is also due to launch flights between Gyumri, Armenia’s second-largest city and the southern German city of Memmingen in the summer of 2020.