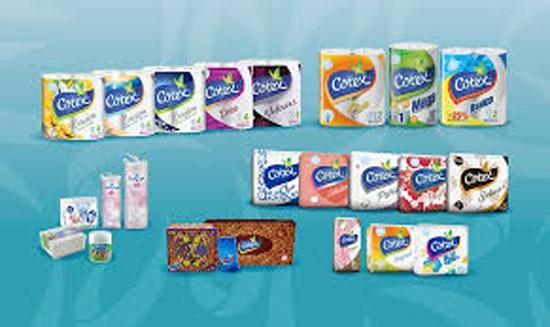 CHICAGO/TOKYO, (Reuters) – The time may not be far off when more adults need diapers than babies as the population grows older, potentially a huge opportunity for manufacturers of incontinence products – if they can lift the stigma that has long constrained sales.

The market for adult diapers, disposable underwear and absorbent pads is growing fast, up 9% last year to $9 billion, having doubled in the last decade, according to Euromonitor.

But manufacturers like market leaders Essity (ESSITYa.ST) and Kimberly-Clark Corp (KMB.N) reckon only half of the more than 400 million adults likely to be affected by weak bladders, are buying the right products, because they are too embarrassed.

Companies are trying various methods to change attitudes, including making products more discreet, avoiding terms like diapers or nappies, and placing items in the personal care aisle, next to deodorants and menstrual pads, rather than in the baby products section.

They are also trying to normalize discussions around the subject through advertising.

In Japan, where adult incontinence products have outsold baby diaper sales since around 2013 due to a rapidly ageing population, market leader Unicharm Corp (8113.T) has adopted the phrase “choi more” in its advertising, which translates as “lil’ dribble”, to make light of the problem.

“What we are doing is trying to let people know that incontinence, even among young people, is normal,” said Unicharm spokesman Hitoshi Watanabe.

The company is focusing particularly on people with mild bladder issues where it sees the biggest growth as people lead more active lives. Unicharm’s sales of absorbent pads and liners that target this market were up 8% last year.

In the U.S., market leader Kimberly-Clark has this year given its 35-year-old Depend brand a makeover, introducing thinner, softer and more fitted products that can be worn discreetly, in an effort to make them more acceptable.

The changes are just the latest in a decade-long attempt to win over consumers, which started with manufacturers dropping the ‘diaper’ label, to loosen the association older customers might have with a loss of control in their life.

Yet it is still difficult for companies to persuade people they should buy specially made incontinence products.

“People keep the fact that they have incontinence secret from their loved ones, from their husbands, brothers and sisters – this is a deep secret for many consumers and yet it’s just a fact of life, it’s a physiological reality,” said Fiona Tomlin, who leads Kimberly-Clark’s adult and feminine care division.

Manufacturers have been particularly keen to win over women, who are more than twice as likely as men to experience bladder weakness, due to childbirth.

Kimberly-Clark has reached out to them directly over the years in light-hearted ad campaigns featuring actresses Whoopi Goldberg and Kirstie Alley.

Kimberly-Clark’s Poise brand is aimed at younger women like Ellie Foster, a 31-year-old from Maine, who has struggled with leaks since having her first child a year-and-a-half ago but is too embarrassed to buy products that might help her.

“At first I did, but it was definitely weird picking out adult diapers to wear,” said Foster. “You feel like you’re in the old lady section.”

Sweden’s Essity, the global industry leader, is also trying to reach a younger audience with its TENA brand and a new line of black, low-rise disposable underwear called Silhouette Noir.

The advert’s tagline reads: ‘secret’s out: 1 in 3 women have incontinence’.

Around 12% of all women and 5% of men experience some form of urinary incontinence, although conditions vary from mild and temporary to serious and chronic, according to the Global Forum on Incontinence, which is backed by Essity.

Essity said it tries to package and market its products in a way that avoids associations with ageing.

Getting the message across to potential customers can sometimes be a tricky path to tread. A few years ago, SCA (SCAb.ST) – from which Essity was spun off in 2017 – mailed samples of its products to Swedish men above 55, only to receive a barrage of complaints.

But efforts are starting to pay off. Five years ago, adult incontinence products were used by around 13% of the target adult female audience in France and the UK and that is now closer to 20%, according to research firm Kantar.

That does, of course, leave huge potential for further sales growth. As Kolsrud puts it: “If incontinence was a country, it would be the third largest country in the world.”