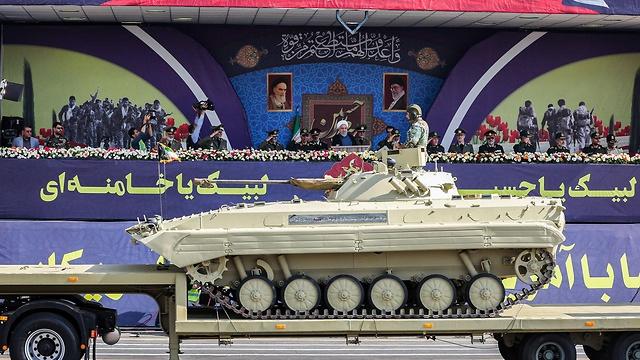 Opinion: The constant state of flux in the Mideast has reached new heights, and so Israel must choose whether to stay on its the current course, or change some of the foreign policies it has adhered to until now

There is regional turbulence in the Middle East, and a number of recent events are forcing Israel to recalculate its path as it navigates events.

The technological abilities of Iran and its various proxies has reached a level at which they can now alter the balance of power around the world.

On September 14, the Iranians carried out a focused strike on the main oil facilities in the very heart of Saudi Arabia, using “Aerial Robots”, a blend of Unmanned Aerial Vehicles (UAVs) and cruise missiles.

The attack was a clear operational success from a number of angles:

A country’s military strength is measured by the forces in its disposal and its pability to execute its intentions. Iran has now proven it is indeed capable of executing its intentions.

For four years Israel has been attacking inside Syria in order to prevent, or at least delay, the entrenchment of Iranian forces into the country, and barring a few inconsequential events, the Syrians and Iranians refrained from addressing these attacks.

This time though, Iran is sending a message, after years of restraint, that an Israeli attack on Iranian forces in Syria could result in an attack similar to the one in Saudi Arabia.

Israel was shocked when it failed to recruit Washington for an attack on Iranian soil, with an alternative plan for an IDF attack in Iran even without America’s help also declined by Washington.

Then, even with Iran’s constant provocation, Donald Trump kept insisting he would in no way use military force against them.

Iran and its president Hassan Rouhani got the message, and when Trump announced he was willing to meet with the Iranian leader, and cracks began to appear in the American policy of sanctions, Rouhani refused.

Finally, the same shock that started with Israel’s failed attempt to get American assistance to target Iran’s nuclear facilities, ended with American forces pulling out of Syria, and leaving the Kurds to fend for themselves against Turkey.

And that is how Iran strengthened its deterrence, and soon, after the Kurds have been defeated, Iran will gain a straight territorial, military, and logistic line connecting it and its allies, Syria and the Lebanese-based Hezbollah.

In fact, all of Iran’s aspirations are being realized. It was able to hit and discourage its enemies in the Sunni states, it was able to weaken the American threat and drive Washington out of the Middle East, plus, Trump’s sanctions led to Iran resuming its uranium enrichment operations.

The first is to continue with its current policy, while keeping in mind that the next attack in Syria might lead to a surgical strike by Iran. Israel would probably try to retaliate in a way that wouldn’t lead to widespread war, but there’s always a possibility of escalation.

An Israeli attempt to inflict a hard lasting blow to Iran would probably be rejected by the rest of the world, and so, after a traumatic regional experience and a large number orf casualties, it would end up in the same place as it started.

The second alternative is to alter the policy from its very foundations, and create a channel of communication with Iran, backed up by firm military preparations.

The goals of the policy will be to re-establish coordination between Russia and Turkey in order to stabilize Syria and give the Kurds a country, and to renew negotiations between Iran and the west in order to formulate a new nuclear agreement, one that states that Iran would never arm itself with nuclear weapons.

There’s no way of telling how things will pan out, but it’s clear that as long as the governments of Israel, the U.S. and Turkey remain in the hands of their current leaders, the first alternative will probably be favored.