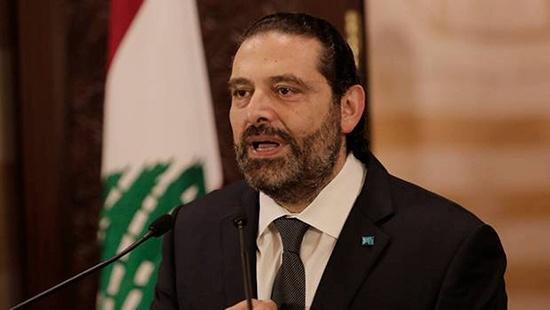 The government’s move came as people took part in a fifth day of protests, amid calls for a general strike.

BEIRUT: Prime Minister Saad Hariri’s rescue plan was largely rebuffed by the thousands of Lebanese protesters, who labeled the proposal as too little, too late.

“Do you really expect them to follow through on these reforms?” a protester told Annahar. “They’ve been in power for 30 years and nothing has changed.”

Hariri announced Monday a series of sweeping reforms to appease growing anger against the current government, as the fifth day of protests gripped Lebanon’s different regions.

He described the measures as a “financial coup,” saying no government in Lebanon’s history has taken such steps before. As his speech was aired live on all local TV stations, thousands of protesters who had gathered in central Beirut chanted: “The people want to bring down the regime.”

Despite the promises, the overwhelming majority of protesters vowed to remain on the streets until the current government resigns. They have called for the formation of a technocratic government consisted of a small number of experts tasked with lifting Lebanon out of its slump.

Hundreds of thousands participated in marches Sunday in Beirut and other cities nationwide. The massive protests have turned into a widening revolt against the country’s sectarian status quo and the entire political elite. The outrage over the government’s mismanagement of a deepening economic crisis and proposed new taxes has unified Lebanon’s often fractious society.

The proposals involve scrapping any new taxes and halving the salaries of top officials. The Cabinet also agreed to install scanners at border crossings to combat smuggling and tighten penalties on smugglers.

The Cabinet also approved a law to retrieve stolen public funds, he said, calling on cooperation with civil society lawyers on the matter. Another law to establish the national anti-corruption commission will also be passed before the end of this year.

After a nearly five-hour emergency government meeting, Hariri also that the draft 2020 state budget was approved by the Cabinet with a 0.6 percent deficit to GDP ratio.

To help low-income households, Hariri announced $160 million in support of subsidized housing loans coupled with millions of dollars to help them go above the poverty line.

“The decisions that we made today might not fulfill your goals but for sure it achieves what I have been seeking for two years,” Hariri said. “These decisions are not for exchange. I am not going to ask you to stop protesting and stop expressing your anger. This is a decision that you take.”

“Frankly speaking, your protest is what made us take these decisions that you witnessed today,” Hariri said. He added that “what you did has broken all barriers and shook all political parties.”

He also announced the abolishment of the Ministry of Information and “other unnecessary institutions”, as well as a 70 percent reduction in the budget of the Council of Development and Reconstruction to decrease spending.

The first phase of CEDRE projects will also be launched to “increase employment within the next five years.”

Other reforms including “freezing unnecessary investment spending and transferring surplus ministries’ funds to the treasury.”

Banks will also be asked to contribute in achieving the near-zero deficit in the 2020 budget with the imposition of an income tax. Contributions are estimated at $3.4 billion, he said, yet it remains to be seen whether banks will go along with the proposal or what the exact framework will be.

The state-owned Electricite Du Liban which costs the state around $2 billion annually will also be reformed, with Hariri saying that spending will be reduced by 666 million dollars.

The banking sector was criticized by many of the protesters, who blamed it for charging the state high-interest rates as it carries much of the $85 billion public debt that stands at 150% of the gross domestic product. Some senior politicians are either owners or major shareholders in private banks and Hariri said taxes will be increased on financial institutions.

A study will also be carried out to privatize mobile phone companies, he said, given that Lebanon’s two mobile service providers are state-owned with Lebanese paying the 4th highest price for services in the middle east.

Protesters unanimously have called for early parliamentary elections, with Hariri saying that he supported the demonstrators’ request.

“If this is what you want, then you have my support,” he said.

Since Friday, commercial banks have shut their doors as the majority of highways remain blocked. Concerns have grown over a possible bank run when operations are re-established.

The budget was signed by President Michel Aoun, Prime Minister Saad Hariri and Finance Minister Ali Hassan Khalil. It has been sent to Parliament for final ratification who has until the end of the year to ratify it.