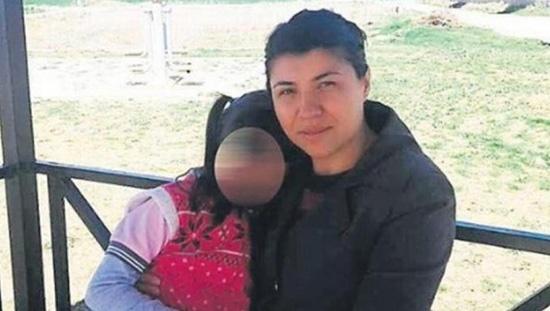 A Turkish man was sentenced to life in prison on Oct. 21 for killing his ex-wife Emine Bulut by slitting her throat.

The Kırıkkale Heavy Penal Court sentenced Fedai Varan, 43, who slit Bulut’s throat in front of their 10-year-old daughter, for killing with malicious intent.

Varan and Bulut’s family, the Ministry of Family and Social Policies that involved in the case and the bar representatives from 81 provinces, representatives of non-governmental organizations and women’s associations attended the hearing.

Representatives of women’s associations who gathered in front of the court before the hearing made a statement.

During the hearing, Bulut’s father Ahmet Bulut asked to be appointed guardian to take custody of his minor granddaughter.

The court evaluated the actions of the defendant within the scope of “killing with malicious intent” and sentenced him to life imprisonment in accordance with Article 81 of the Turkish Penal Code, while rejecting his lawyer’s requests for a reduction.

A shocking video of the murder, which went viral last year and stirred nationwide outrage, showed Varan slitting his 38-year-old ex-wife’s throat at a cafe in the Central Anatolian province of Kırıkkale.

Bulut can be seen letting out a blood-curdling scream and saying: “I don’t want to die,” as her daughter begs her to live.

The court issued a publication and broadcast ban on the video of the murder which occurred on Aug. 18.

The minor who underwent tremendous trauma is undergoing therapy organized by the Turkish government.

According to “We Will Stop Femicide,” a women’s rights platform, 338 women have been killed in Turkey in the first 10 months of 2019.

World Health Organization data say 38 percent of women in Turkey are subject to violence from a partner in their lifetime, compared to about 25 percent in Europe.