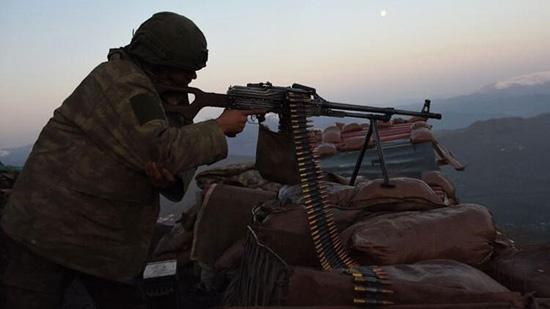 A Turkish soldier was killed in an anti-terror operation in the country’s southeast on Oct. 21, security sources has said.

The ongoing operation in the countryside of Derik district of Mardin province neutralized three YPG/PKK terrorists, said the sources, who asked not to be named due to restrictions on speaking to the media.