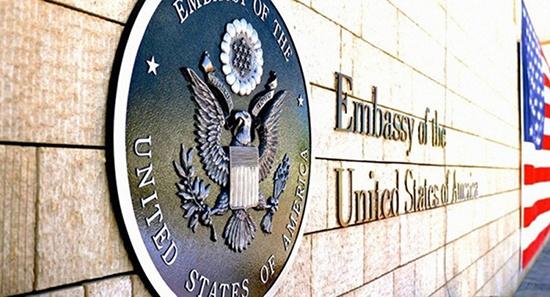 Baku/22.10.19/Turan: “The United States Embassy in Azerbaijan joins the European Union in strongly condemning the violence used by police to disperse and arrest participants and bystanders during the peaceful October 19 protest in Baku. We call on the government to credibly investigate reports of police violence, hold accountable those responsible, and release expeditiously those who remain in detention.

Ensuring the right for citizens to assemble freely and to openly share their views is the foundation of a strong society. When the government takes steps to inhibit these rights, including by consistently denying permits for peaceful demonstrations within reasonable proximity to the city center, or in the form of violence against its own citizens attempting to express their views, it makes Azerbaijan weaker, not stronger. Restricting Internet access during protests does not protect Azerbaijan, but instead cripples it. Freedom of assembly and freedom of speech are universal human rights guaranteed in Azerbaijan”s Constitution, and we urge the government to defend and uphold them.

The United States highly values our partnership with the government and people of Azerbaijan. We hope to continue to deepen our engagement and dialogue on these and other issues for the benefit of both our peoples.”