The amount of money involved per dog fighting organization goes up to as much as 200,000 euros ($223,000), according to a presentation made at the parliament’s Animal Rights Research Commission.

“In a dog fight, up to 200,000 euros is involved, starting from 50,000 Turkish Liras [$8,600]. It is a weakness that the [dog] fights are considered within the framework of Misdemeanor Law,” Mehtap Özer, the president of an animal rights organization, said.

The Turkish judicial system considers abuses towards animals as “misdemeanor,” as the current law see animals as “property, and not as living beings.” But animal activists have for some time been urging the laws to change.

Özer said during her presentation that there are about 200,000 people involved in gambling on dog fights and currently a total of 60,000 dogs are being used in such fights. “These acts have come to being since they are not still considered as a crime and [this business] continues to expand,” she said.

Some of the dog owners give chemicals such as ecstasy, captagon and methamphetamine to their dogs for them to “fight better,” said Özer. In some of the incidents, for example when methamphetamine is used, the animal is permanently damaged psychologically, she said.

She said that such organizations are held under the cover of “beauty contests.” “The permissions are received easily under the name of ‘beauty contests.’ Once the dogs make a debut, the games are decided there and regional leagues are formed,” she said.

“Following a series of tournaments, the main dogs are made to fight in the final tournament, which starts in the dawn. Some 200 dogs fight during a span of two hours. Two rings are established. The dog that does not want to fight is shot dead. The match can last two minutes, with the longest one lasting as far as 40 minutes. [Generally] one of the animals die because it suffers from shortness of breath; its lungs fail,” she said.

Özer also gave information regarding rooster fights. “They [rooster fights] are conducted 99.09 percent time under the mask of a [false] NGO as if acting to protect pigeons and birds,” she said, adding that about 2 million people are involved in these fights across the country.

Hayriye Eren, the head of the directorate of nature conservation and national parks’ animal welfare department, told the parliamentary commission that authorities had caught a group holding such a rooster fight organization at the top floor of a luxurious residence building in the capital Ankara.

“So, people who are doing this are not just from a fraction of society, a somewhat elite part of society is also doing this business. We have caught them at the top floor of the residence…We have fined them about 400,000 liras [$69,000],” Eren said. 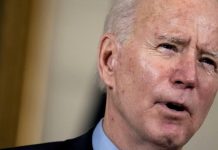 Erdoğan will keep getting the cold shoulder from Biden – Foreign Policy