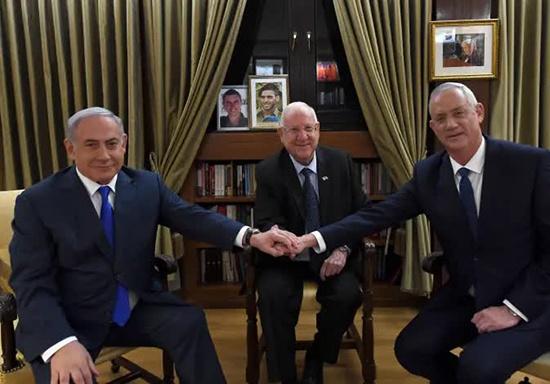 A Tuesday News 13 poll gave the Blue and White party 34 seats, Likud received 33 and both blocs were tied at 56.

As the prospect of another election looms, a poll released on Tuesday’s evening News 13 broadcast gave the Blue and White party, led by Benny Gantz, 34 seats, while Likud got just 33. The Joint List came in third with 13 seats, followed by Israel Beitanu with 8.

The ultra-Orthodox parties, Shas and United Torah Judaism, both received 7 seats each, while Labor and the right-wing parties settle for only 5. The list ties the New Right and the Democratic Union, with 4 seats for each party.

According to the poll, both blocs remain at a stalemate of 56 seats, with Yisrael Beytenu remaining kingmaker.

The poll also revealed that Gantz is more supported than Prime Minister Benjamin Netanyahu over the question of who will serve as prime minister if there is a unity government.