Needless to say, the Lebanese people, no matter their sectarian, societal or even partisan affiliations, broke the barriers of fear and reluctance

Sick and tired of the economic and political corruption of their rulers and the loss of sovereignty, Lebanese people are protesting.

The authorities always bet on devising new dynamics for subduing, monopolizing, appeasing and causing the numbing of the population. However, last week’s protests, described by some as spontaneous, were the consequence of recurrent structural mismanagement, quackery, makeup, and tinkering. The protests are evidence of the expiration date and inefficiency of misleading dynamics and show that Lebanese people are taking control of their destiny.

Needless to say, the Lebanese people, no matter their sectarian, societal or even partisan affiliations, broke the barriers of fear and reluctance by seeking to put an end to continuous attempts of making them feel beholden to their governments.

They also surmounted the fake sectarian and political borders obviously fabricated to separate them. Based on the above, it may be relevant to conduct an in-depth investigation into the root causes of this uprising, the different phases of translating it into practical terms and the risks of failure or abortion. Furthermore, it is worth examining its prospects of success in building an infrastructure for real change to happen and help release Lebanon from those who have held dominion over the country’s sovereignty, administration and policies, and who spread non-governance within a rotten, pernicious and engrained patronage regime.

Austerity measures broke the already tense relationship between non-partisans and power. The reference to non-partisans is essential as it became clear that the majority of those who took the streets, referred to as the silent bloc, were far removed from political polarization. It is a sign of deadlock for the traditional parties whose legitimacy stems from a marginalized silent bloc on the one hand and subordinate partisans on the other. Austerity measures seemed to be the driving force of non-partisans, but also of partisans who understood that those who subdued them to protect their own interests were unprecedentedly abusing public goods they commonly own alongside their fellow citizens. Hence the new agreement over not wanting to owe or be denied their livelihood is a combined psycho-social spark of rejection.

Public freedom is another founding element of the uprising. Direct and indirect attempts to silence opposing views in the previous months were a clear indication of the authorities’ self-denial that people were, as was the case in 2005, able to stop any process leading towards a police state despite the lack of balance of power in sovereignty. People also made it clear: “As an authoritarian alliance, you can comply with the dictates of the strongest, but rest assured that we will not obey you and will not be with you and when the time comes we will restore our lost sovereignty, then you will have to go away”.

They converged en masse from the far north to the far south. They occupied places with a clever geographic distribution to make sure that no troublemakers would undermine a totally decentralized movement. There was a unanimous cry for the departure of the rulers and the handing over of the government to specialists, or as an alternative, for a transitional phase in preparation for early parliamentary elections, while emphasizing the need for holding the corrupt accountable and for returning looted money.

The initial translation of the movement into practical terms lies in the clear headlines which will get clearer. Its decisive translation into practical terms requires the formation of an agile, non-hierarchical collective leadership of specialists, to be a serious model of how specialists can meet people’s wishes based on a clear-cut agenda leading the movement towards effective and sustainable goals. An accurate progressive and step-by-step approach is needed while monitoring the caveats of undermining or otherwise containing the movement, and drawing scenarios to face them.

3 – Uprising – The popular movement: caveats of failure and abortion!

The ruling elite has several cards in hand to quash the movement, either by turning it into riots perpetrated by organized groups, by exercising its constitutional right of declaring a state of emergency or by imposing a silent coup d’état with abusive use of force.

There is also a risk of having the movement abort itself unless a crosscutting sectorial group comes together with an integrated initiative as a compass for achieving goals through an array of patterns compounded with the steadfastness of protestors.

This is by no means a panacea. It is rather about listening to the pulse and claims of the people and forging progressive steps towards curbing intimidation, arrogance, and destructive threats on the basis of “cutting off one’s nose to spite one’s face” which may be used by the ruling authority.

In addition to these caveats, the risk is that the movement may accept the logic of ‘either us or the chaos’, expressed at least by those who think they’re leading the country with an iron fist. The academic elites and the media have a founding role in strengthening the immunity of the uprising – movement.

Lebanon has an unforeseen historic opportunity of doing away with the myth of a silly regime which is stronger than the state which abuses the dignity of citizens. It is difficult to accurately predict the results of this uprising. Nevertheless, it established a number of facts:

First, our apologies to the Lebanese, as we believed that just an elite managed to fly above entrenched sectarianism. The past days proved us wrong. Our apologies for believing that the so-called Lebanese adaptability and resilience was just an excuse not to act or take the responsibility of co-leading the country as it is expected from every citizen.

Secondly, the hijacking of the Shia community by Hezbollah and the non-representativeness of the Shia majority by the Shia duality were evidenced by the uprising. The events in Tyr, Nabatiyeh and other areas showed that thirty years of hegemony by Hezbollah and Iran did not dampen the lebanity nor the patriotism of a major component of the Lebanese society, and that the culture of life was still stronger than the absurd culture of death.

Furthermore, the uprising showed that the Sunni community was not a silent but rather an active and influential component. It is not an overstatement to say that the Lebanese Muslims, Shia and Sunni together, are the backbone of the uprising alongside the Christians.

Thirdly, the uprising came down like a sentence on a Christian stakeholder claiming to represent the Christian majority. Nothing beats the illusions it spread than the feeling of resentment by the protestors.

Fourth, despite the attempts of dubbing the uprising as an action for claiming rights, though living conditions are still the underlying reason, the Lebanese are deeply convinced that the core origins of the crisis do not lie in arithmetic or rationing, or in budget and taxes, nor could they be overcome by economic policies or reforms. The crisis is structural, political and sovereignty related. It originates in the hegemony of Hezbollah and its allies from all sects and parties over the political and security decisions, and whose aim is to drag Lebanon down a path which goes against its history.

In any event, what happened was by all standards a surprise and an awakening. The vacuum that some are warning against as a result of this movement was already there. The vacuum is not merely the absence of a government, a president or a parliament, but rather an absence of management. The authorities were managing their interests, not the country. However, the specter of fear from illegal weapons and from Hezbollah taking, for the sake of foreign interests, steps against the Lebanese interest is haunting. Here is the danger. 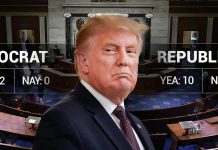