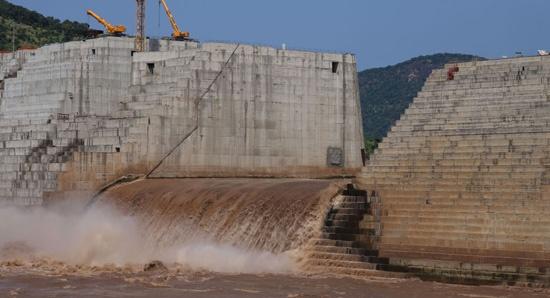 MOSCOW (Sputnik) – Egypt’s Foreign Ministry has expressed great concern over the remarks made by Ethiopia’s Prime Minister Abiy Ahmed regarding his country’s readiness to use force, if the need arises, in order to resolve disputes over the Grand Ethiopian Renaissance Dam (GERD).

On Tuesday, media quoted Abiy Ahmed as saying during a parliament question-and-answer session that his country was ready to go to war, if needed, to defend its dam project.

“[The] reaction leaves Egypt perplexed as it is inappropriate to bring up a rhetoric that includes military options, which makes Egypt confused as Ahmed’s alleged remarks clearly violate the principals and the very law spirit of the African Union, especially since Egypt’s approach of the issue has always been only based on negotiation in accordance with the International law,” Egypt’s Foreign Ministry said in a Tuesday statement, as quoted by the Egypt Today magazine.

According to the release, Egypt has accepted an invitation from the United States to hold a trilateral meeting in Washington on the GERD issue and has expressed “great shock and deep concern” over Abiy Ahmed’s remarks.

Egyptian Foreign Minister Sameh Shoukry said in a Monday interview with Sputnik that Russia could help resolve the GERD issue.

Ethiopia has been constructing the Renaissance Dam on the Blue Nile since 2011. GERD is expected to become fully operational by 2022. Cairo fears that the project may affect Egypt’s share of water and seriously damage the national economy and agriculture.