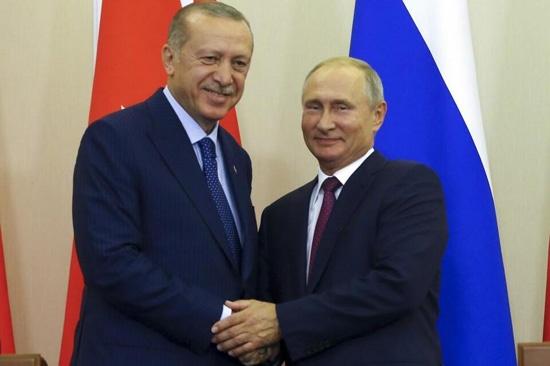 Reuters
Turkish President Tayyip Erdogan said on Tuesday the United States has not fully kept its promises agreed in last week’s temporary truce in northeastern Syria, according to Turkish broadcaster NTV.Erdogan, speaking after striking a deal with Russia to remove Syrian Kurdish fighters from Turkey’s border regions, was quoted as saying: “The U.S. has not fully kept its promises”.

“If we make compromises we would open the way for the terrorist organisation,” he added according to NTV.