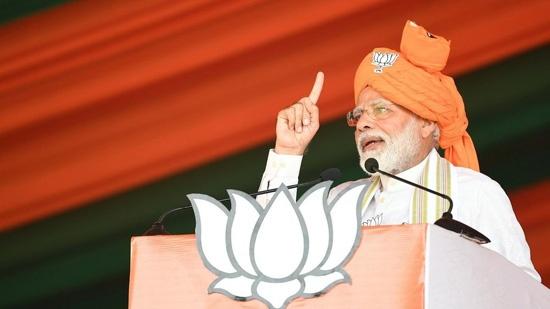 Indian Prime Minister Narendra Modi has engaged in his country’s most significant war – the war against extreme poverty. Based on personal experience, he has transformed India on several parameters beyond belief.

Modi, who could well win a popular five-year mandate for the third time in 2024, would by then be within touching distance of lifting India’s entire populace from the dumps of extreme poverty. The World Bank reckons this could happen as early as 2030.

Some 364 million Indians – a bigger number than the entire population of the United States – are still extremely poor, but this figure has been halved from 640 million to 369 million (from 55 percent to 28 percent) in the last decade, most of which progress occurred during Modi’s first term (2014-2019).

Extreme poverty isn’t about the money you have in your pockets, which incidentally is less than $1.90 per day in monetary terms. Global standards follow the Multidimensional Poverty Index (MPI), which focuses on health, education and living standards; measuring them through 10 indicators of nutrition, child mortality, schooling years, school attendance, sanitation, cooking fuel, drinking water, electricity, housing, and assets. Those who are lacking in one-third of these parameters are considered extremely poor.

India’s former president APJ Abdul Kalam (1931-2015) made global headlines for having studied under street lights during his school days, but embedded in this story was an indictment of the fact that millions were without electricity or a roof over their heads. The attendant issues of clean water or cooking gas were thus out of the question.

India has been transformed beyond belief on four parameters – housing, electricity, sanitation and cooking gas. Modi’s own background of extreme poverty – he used to sell tea on railway platforms – must have shaped his connect with India’s poor.

The prime minister’s decision to visit every village in his home state of Gujarat while he was its long-serving chief minister (2001-2014) is the stuff of folklore. It was an approach that was no different to that of India’s most revered leader, Mahatma Gandhi, who often said that India lives in its villages – two-thirds of the country’s 1.37 billion people still do. Modi has carried this philosophy to the PMO (Prime Minister’s Office), and it explains why millions in India’s deepest interiors root for the man without any political lineage.

Some of Modi’s measures today are case studies for India’s academia. His first address to the nation was a call for cleanliness. And he often walks the walk, like he did recently by plogging at a seashore in between his parleys with Chinese President Xi Jinping. His drive for electricity-for-all is built on the renewable energy platform – India is one of the world’s largest producers — and a growing reduction in “climate change” fossil fuels.

While previous governments offered dole to the poor for 100 days of manual labor, Modi is now offering an additional Rs 20,000 ($281) if they choose to learn employable skills such as masonry or carpentry. Clean water for all is promised before his term ends in 2024. There is now a massive war against single-use plastics, which destroy husbandry and soil – important factors under the MPI, and a major concern.

The challenges remain massive, including in the area of education. One-in-six Indians still hasn’t visited a classroom. Women, in particular, suffer from social orthodoxy which affects their employability – nearly 200 million women either don’t get paid or are in the unorganized sector. Millions of Indians still sleep with empty stomachs (India is 102nd out of 117 in the latest Global Hunger Index) and child malnutrition (1.2 million deaths a year) is the highest in the world.

But India is transforming itself beyond belief. It’s keen to lift itself out of the bracket of the 10 poorest countries in the world – Bangladesh, Cambodia, Democratic Republic of Congo, Ethiopia, Haiti, Nigeria, Pakistan, Peru and Vietnam being the others. The resolve is palpable. It has added to India’s self-respect globally, and that it is one of the world’s fastest-growing economies has surely helped. Indians are living longer (11 years added to the average lifespan since 1990), and the country has an enormous demographic advantage (every second Indian is younger than 25) – these are twin virtues which Modi is looking to harness in the battle against poverty.

By Ashish Shukla, a senior journalist and geopolitical analyst based in India, author of ‘How United States Shot Humanity.’ He runs the website, NewsBred.