In an interview, former Tory Party rising star Rory Stewart discusses his views on Brexit, the decline of British politics, his aim of becoming London’s next mayor and why he believes that politics would be healthier if it were a bit more boring.

Roderick James Nugent Stewart has experienced more in his 46 years than many others do in an entire lifetime. Born in Hong Kong as the son of a Scottish diplomat, he spent part of his childhood in Malaysia and spent years working for the British Foreign Office in crisis regions. A polyglot who was once a private tutor to Prince William and Prince Harry, Stewart walked solo across Afghanistan in 2002 and the book he wrote about the experience became a bestseller. In 2012, he was elected to the British parliament for the first time as a member of the Conservative Party. In addition to Boris Johnson, he was considered a possible replacement this summer for Theresa May as prime minister. As the only pro-EU candidate, he remained in the running surprisingly long. Later, when he joined the opposition in voting against a no-deal Brexit, Johnson stripped him of his Tory whip, prompting Stewart to resign from the party and announce he would run for mayor of London in spring 2020. DER SPIEGEL conducted the following interview with Stewart together with a group of European journalists in London.

DER SPIEGEL: Mr. Stewart you tried to become leader of the Conservative Party and now, suddenly, you have discovered your passion for local politics. How come?

Stewart: There’s something about parliament which I find very, very disturbing. I missed the queen’s speech on Monday. I went to a homeless shelter in Brixton instead. The guys with me in this shelter were watching the queen’s speech on TV. It struck me that there’s something odd about this celebration of heritage — Jacob Rees Mogg and his tailcoat, the queen and the carriages, connected with what I see is a rather nasty kind of politics, hitting underneath the surface of this ceremonial gold and glitter. I find it quite difficult now sitting in the House of Commons.

DER SPIEGEL: Did you get that feeling after you lost the leadership contest?

Stewart: No, I was a little uncomfortable from the moment I entered the House of Commons in 2010. I was reading a wonderful biography of a British politician from 1840, and the biographer says, “Like all you men in parliament, they entered parliament thinking it was going to be this dignified place for great speeches and serious deliberation. Of course, within a couple weeks, they realized nobody was paying attention. Everybody was dozing. They were all shouting at each other,” and that’s in 1840. This was a man called the 1st Marquess of Dufferin and Ava, who eventually left politics and became viceroy of India.

DER SPIEGEL: Not much has changed.

Stewart: Now, of course, they’re all on their phones texting. My first speech in parliament was on Afghanistan. I had spent seven years working there and written a couple of books. I thought this was my great opportunity to contribute to something that really mattered, and then we were given four minutes to speak each and hardly anybody paid any attention. So, I’ve long had this feeling that this is not a very sensible way of discussing anything. And that was years before Brexit started to tear us apart.

Stewart: I think both big parties have been taken hostage by their extremes. The Labour Party and the Conservative Party are not coming back to the center. I think this is a permanent realignment.

DER SPIEGEL: And now you are trying to reoccupy the center ground?

Stewart: We need to find a way of making a philosophical argument for why the center ground is the place of courage, the place of realism, the place of progress. Part of that is helping the public understand that they make the problems worse by asking for fairy stories from politicians.

DER SPIEGEL: Which you will decline to tell?

Stewart: Running for mayor, all the pressure on you is to come up with some incredible sort of snazzy grand new vision: “I’m going to make London into Copenhagen in five years.” No, that’s not what I’m trying to do. What I’m trying to do is to make the Piccadilly line a little bit less crowded, making fewer kids die from knife crime. The real fight in our culture is against blandness, by which I mean abstract language that has nothing particular to it. It’s just a generic, “I care about sustainability. I care about equality. I’m against austerity.” Big, big words with big capital letters.

DER SPIEGEL: In some ways, what you’re saying is pretty close to what the populists are saying. That politics is broken, parliament is not representing the will of the people, democracy is not functioning properly.

Stewart: Some of what the populists say is, in fact, quite correct. If you ask a centrist, “What are you going to do about knife crime?” his answer is, “Well, you know, we must engage in a public health analysis of the root causes of crime, and we are going to try to address some of the socioeconomic causes of multidimensional trauma.” If you’re a populist, you say, “This is a disgrace. This is not safe. We’re going to sort this out.” That is the correct answer. The way for me to bring the center ground back to life is to use the ordinary language of a populist, the anger of a populist, the energy of a populist in a centrist cause.

DER SPIEGEL: How will you do that?

Stewart: I will say, “You are not safe. This is a disgrace.” But then I will do all the necessary technocratic stuff and let experts do their work. The problem with the bloody centrists is that they were not actually conviction politicians. I see this with my colleagues. A lot of the people who are now in Boris’ cabinet were once great believers in the center ground, but just as long as that’s where they thought the votes were. When the votes moved to the extremes, they moved with them.

DER SPIEGEL: Maybe the votes moved to the left and right because by shifting to the center ground all big parties became ever less distinguishable?

Stewart: I believe fundamentally that the centrist model has been roughly right. We made incredible progress in the last 40 years. I’m not a revolutionary. I don’t think that there is some brilliant solution which Extinction Rebellion or Occupy Wall Street has, which is going to suddenly make our lives better. I don’t think that Jeremy Corbyn has an economic model that will boost our economy in an unprecedented way. And I frankly think that what Boris is doing with Europe is extremely dangerous. But, of course, populist arguments are easier to make because you can spin fairy tales and strangely you never get punished for failing to deliver. Boris is doing this wonderfully.

DER SPIEGEL: People like him, even if he is lying, because they think he’s funny and energetic.

Stewart: Yes, and they also think that centrists are boring. When I started in 2010, everybody in my constituency said, “What’s happened to British politics? It’s so boring. We loved it when there was Michael Foot and Mrs. Thatcher and Enoch Powell and these guys. All the giants of the ’70s have died.” My response is, “Thank goodness.” These guys were wrong, dangerous and wrong. I mean, actually, it was a real achievement to make politics boring. Politics is not a game. It’s not a game show.

DER SPIEGEL: So, this is your aim? To make politics boring again?

Stewart: Well, no. I have to try to communicate difficult, detailed things in as lively and interesting and engaging and emotional a way as possible.

DER SPIEGEL: Will London be a laboratory for a new centrist party?

Stewart: I want to start with London. At most, it would be a London party. If we were successful it would be more like regional parties in India. It wouldn’t be like anything we see in British tradition. If you want to make a difference, you have to start with local policies.

DER SPIEGEL: Will you run quite literally for mayor? Walking, as you did in Afghanistan and on the Scottish border, the whole city?

Stewart: Of course. I need to get to every one of the 32 boroughs in London between now and Christmas. I need to build a volunteer basis there. I need to make an extraordinary use of social media and get an incredible number of young people on side. That’s my only hope to beat the parties. I need to pick up very odd coalitions: Nigerian voters from Peckham, as well as traditional white working-class voters from Redbridge. And I need to explain how I’m going to build a half a million houses in the next six years.

DER SPIEGEL: You come from a quite privileged background, and you were educated at Eton. How will you compete against the incumbent, Sadiq Khan, who is the son of a bus driver?

Stewart: His story is wonderful and worthy of respect, but I don’t believe in identity politics, it’s not helpful. I think the question is who is best able to change London over the next four to eight years.

DER SPIEGEL: Are you concerned about the future of the United Kingdom? Is it destined to break up after Brexit?

Stewart: I don’t think it’s destined to. I think it’s in real danger. Here again we have a problem with extremist politics: It’s always simpler to say let’s cut Scotland off from England. The Scottish nationalists and the Brexiteers have that in common. They are people who think life is made easier if you break relationships and separate and draw clear borders between one place and another. The truth is that we actually exist through relationships, that we are better the more complicated we are, the more of these funny ambiguous things and connections we have. That’s why I always thought that Britain was better off in the European Union. 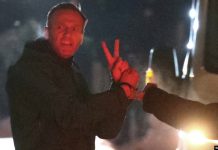 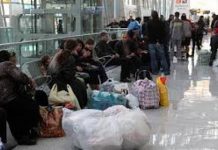