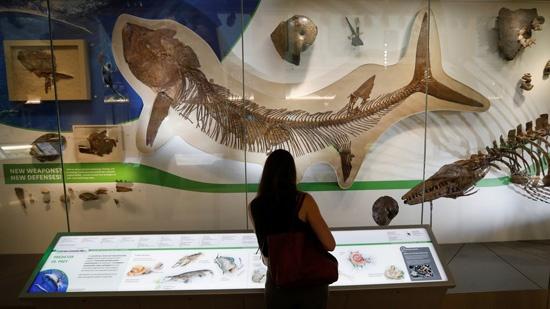 Nature exhibits in museums are ‘biased’ toward male animals and that’s bad for science, argue the authors of a new study suggesting human ‘sexism’ carries over to the animal kingdom.

Looking at over two million specimens found in collections at five museums around the world, the researchers found exhibits were skewed toward the boys, and concluded that equal representation for their lady counterparts would assist scientists in their studies.

“We suspected that some bias towards males would be found because science is done by people, and people have inherent biases towards males,” Natalie Cooper, the main author of the study, told AFP, adding: “By ignoring females, we don’t get a full picture of life.”

Published in the Proceedings of the Royal Society B journal on Wednesday, the research shows males in museum mammal collections slightly outnumbered the females by two percent, while avian exhibits were 60 percent male, despite females generally outnumbering males in many animal populations.

While the collections were constructed over a long time span, between 1751 and 2018, Cooper said she was surprised to find the male-to-female ratio did not become more equal over time, as one might expect as views on gender shift toward egalitarianism around the world.

“Interestingly, we see no improvement. Even recent collections are biased,” Cooper said.

The study noted a possible alternative explanation for the skewed ratio between genders in exhibits, however, observing that in some species males may be larger and more conspicuous, and therefore easier to collect. Animals with “ornaments” – such as antlers, tusks or bright feather plumes – might also be more attractive to collectors, and those features are more common among males.

But whether it’s caused by mankind’s bigotry, or merely our innate infatuation with big, colorful things, Cooper said more female exhibits could benefit science and bring a “positive change” regardless.