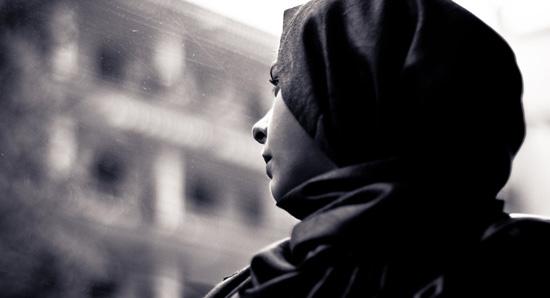 The survey showed a marked generation gap in attitudes towards immigration. While younger people generally tend to be more positive, older people are clearly more negative.

Danes’ concerns that immigration is threatening their national culture has reached its highest level in 30 years, a study by the weekly magazine Mandag Morgen (“Monday Morning”) in collaboration with professor Jørgen Goul Andersen has shown.

Wholly 28 percent of Danes believe that Muslim immigrants must leave Denmark. Just less than half of the Danes surveyed (45 percent) believe that Muslims should be allowed to stay. Another 39 percent are ready to deport immigrants if they don’t have a job. Only one in three Danes (32 percent) disagrees with this position.

The survey also showed a generation gap in attitudes towards immigration and integration. Younger people are generally more positive, while older people are more negative. Although only 16 percent of those under 25 agree claim that Muslims should be expelled from the country, the corresponding figures for Danes over 40 years is over 30 percent.

According to Professor Christian Albrekt Larsen from Aalborg University, the perception of what it takes to be Danish changes with the generations. While younger Danes emphasise citizenship, paying taxes, and contributing to society, older Danes believe in having family roots in Denmark as well as sharing a Christian foundation of values.

The large number of Danes with anti-Muslim attitudes has taken aback the country’s leading experts.

“It’s mildly frightening, no matter how you interpret it. Ejecting Muslims is contrary to the religious freedom of the Constitution. The fact that so many still agree with positions that are usually considered unacceptable suggests a decline in democratic values that almost entirely may be blamed on the political elite. It may have triggered an avalanche, which can be difficult to stop”, Jørgen Goul Andersen said.

According to Jørgen Goul Andersen, the figues should be interpreted with some reservation, as this approach rather deals with Muslims as an abstract enemy concept, and “not the friendly greengrocer around the corner”.

“So we don’t really know how deep it goes”, Jørgen Goul Andersen explained, stressing that Denmark’s right-wing party Stram Kurs (“Hard Line”), which is pushing to make Denmark Islam-free, cancel the citizenship of all non-Europeans and deport all refugees, only won 1.8 percent in the June elections. “All in all, the right wing went back, and the sympathy for Stram Kurs could be but marginal”.

Professor Larsen was also appalled by the numbers.

“It is brutal that so many people agree that Muslims should be sent out of the country. It may be an effect of the paradigm shift from spring, which is precisely about the fact that refugees must be sent as soon as conditions in their respective home countries allow. This also applies if they have a job in Denmark. There is thus a political opening for repatriation, supported by a majority that includes both Venstre and the Social Democrats [Denmark’s largest parties]. When the political leaders say so, many voters follow them”, he suggested.

Islam is Denmark’s largest minority religion, with the share of Muslims estimated at over 5 percent of the Danish population.