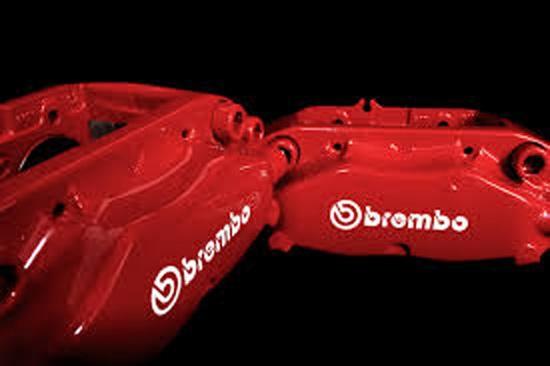 BERGAMO, Italy (Reuters) – Brembo’s distinctive colored brakes stop many of the world’s fastest cars but when it comes to the electric vehicles of the future it faces a problem – traditional brakes are noisy.

Without the roar of performance petrol engines to drown out its brakes in action, they risk being a distraction for drivers enjoying the relative silence of their battery powered vehicles.

Developing quieter brakes is just one of the challenges the company faces as it looks to expand beyond its traditional businesses and outrun threats to legacy technology as the auto industry evolves for a digital age.

Brembo is developing lighter, electrical brake-by-wire mechanisms used in electric cars to replace traditional hydraulic brakes and faces a threat to its business from so-called regenerative braking systems that capture energy lost when cars slow down and pump it back into the battery.

“Electric engines make no noise, so the braking system could eventually be annoying for the passengers,” said Brembo’s Executive Deputy Chairman Matteo Tiraboschi.

“They might even be watching a movie in the future while sitting in their cars, thanks to autonomous driving, so our aim is also to make braking increasingly quiet,” he told Reuters at Brembo’s headquarters in Bergamo.

Founded in 1961 in a small workshop near the northern Italian city, the family-owned company believes an acquisition is the answer so it can expand into digital devices and keep pace with changes in how cars are designed and used.

Brembo is not alone. German auto parts maker ZF Friedrichshafen, for example, bought U.S. rival Wabco for over $7 billion this year to strengthen its expertise in autonomous-driving technologies.

“Cars will be more and more a service,” Tiraboschi said. “People will look less and less into performance. A bulb’s light is either on or off, all electric engines will immediately release they power.”

“What people will look at is interiors, comfort, infotainment,” he said.