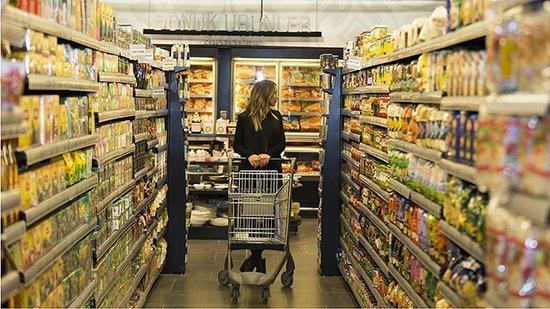 The figure posted an increase of 2.1 percent in the month, from 55.8 in September, the Turkish Statistics Institute (TÜİK) said. Any reading above 100 means consumers are optimistic and below 100 are pessimistic.

“The index for the financial situation expectation of households index in the next 12 months period, which was 74 in September, increased by 1.1 percent and became 74.8 in October,” TÜİK noted.

As for the general economic situation expectation index, it stood at 73.4 in October, a 3.4 increase compared to the previous month.

The consumer confidence index is seen as a vital gauge of the overall health of the economy, indicating people’s sentiments about spending their money, which in turn gives clues about economic vitality.

The latest GDP data showed that households’ final consumption declined by 1.1 percent on an annual basis in the second quarter of this year. That followed a 4.8 percent and 7.7 percent year-on-year decline recorded in the previous two quarters, respectively.

There are signs that domestic demand may be recovering.

For instance, auto sales soared 82 percent on an annual basis in September with passenger car market expanding at a rate over 100 percent.

Moreover, house sales in September also increased by a robust 15.4 percent from a year ago, which followed the 5.1 percent rise in property sales in the previous month.

Mortgage-financed home sales soared more than 420 percent on an annual basis in the month.

The country’s Central Bank is expected to deliver yet another cut at the Monetary Policy Committee meeting scheduled for Oct. 24.

A further easing by the Central Bank may encourage local lenders to lend more credit to consumers, which will boost domestic demand.