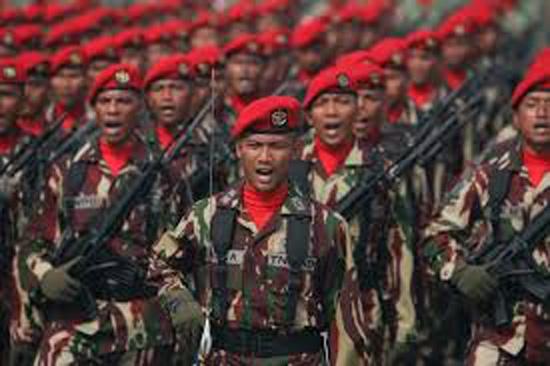 Widodo inaugurated ministers in his second-term cabinet on Wednesday, half of whom are technocrats, while the other half have links to political parties.

Hosting his first cabinet meeting, Widodo said ministers should work as a team to identify central and regional government regulations that overlap and are overly complicated.

“Anything that hampers our services to the people, hampers investment by the business community, identify them within a month,” Widodo said, ordering such regulations be reviewed or removed.

“Our biggest goal .. is to create jobs. This is needed and wanted by the people,” he said.

The president also reminded ministers not to disagree in public, saying they were free to debate things within government meetings.

Despite Widodo’s efforts since coming to power in 2014 to make it easier to start a business, investors still found it difficult to enter some sectors, he said in May.

On Wednesday, after swearing in the ministers, he ordered them to revise 74 laws by applying “omnibus laws”, or legislation that encompasses diverse and unrelated issues.

Foreign direct investment into Indonesia has been sluggish in recent years because of factors such as regulatory uncertainty and weak commodity prices. Widodo has complained the country has not attracted as much investment from manufacturers trying to move out of China compared with other Southeast Asian countries.

Other appointments include the co-founder of startup Gojek, Nadiem Makarim, as education minister and politician Airlangga Hartarto as chief economic affairs minister.