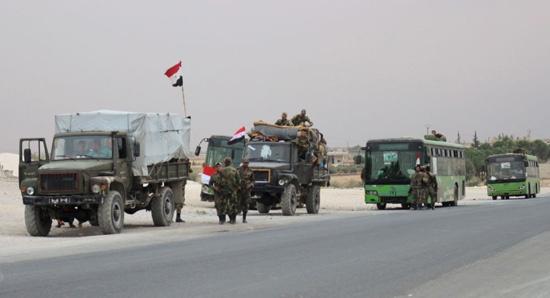 On Tuesday, after the end of the 120-hour ceasefire, Turkey’s Defence Ministry announced that its Operation Peace Spring, launched on 9 October, was officially complete.

The situation in northern Syria has partially settled down since Ankara announced there is no need to continue its offensive against the Kurdish forces in the region at this stage.

In the meantime, Russian President Vladimir Putin and his Turkish counterpart, Recep Tayyip Erdogan have stated that Russian military police and Syrian troops will patrol the area along the Syrian border with Turkey.

The Syrian Arab Army reclaimed part of the country’s territory after the Turkish op drove the Kurdish-led Syrian Democratic Forces from the area.

Damascus managed to strike a deal with the militants, while the Turkish Army was fighting them. Ankara believes they are part of the Kurdistan Workers’ Party (PKK), banned in Turkey as a terror group.