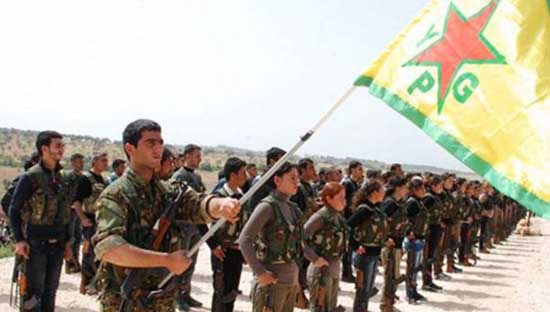 The reaction was unanimous: the so-called idealist diplomats under former President Barack Obama and the neoconservatives under former President George W. Bush all reacted with great alarm to the news that President Donald Trump was withdrawing U.S. troops from northern Syria and that he had given the green light to Turkey’s President Recep Erdogan to launch his military operation against the Kurds.

The think tank and media establishment in D.C. finds fault with Trump, no matter what he does. The only exception was when Trump bombed Syria. Then the media and think tanks praised him for being presidential and for sending a message to enemies of the U.S. (Why do U.S. messages always have to be violent?)  When Trump acts tough in foreign policy, he is praised. But he is often criticized for not being tough enough.  If he shows softness in foreign policy, he is fiercely criticized for harming U.S. national security interests.

Media reaction is partly a reflection of the conventional wisdom of the war lobby in D.C. and partly the voice of the intelligence community.  The New York Times and The Washington Post have emerged as the willing and uncritical outlets for intelligence agencies. The U.S. media publicize criticisms by unnamed military and intelligence officials while treating them as if they — not an elected U.S. president — should set foreign policy.

What Trump Did Not Realize

When Trump began criticizing the media and the intelligence agencies he did not, due to his political inexperience in Washington, realize that they can be more powerful than a U.S. president in setting the agenda for world media.  Nevertheless, Trump retains his support among his core supporters where his popularity within his own party is higher than it was under President Ronald Reagan.

Trump is discovering that criticizing U.S. wars from the outside is much easier than trying to end them from the Oval Office.  The crisis in northern Syria did not start overnight, although the media just noticed. The U.S. media is now the voice of the war lobby and they wish to have the U.S. maintain a military force in almost all Arab countries.  And once an American occupation starts, the media does not want it to end. Instead it amplifies arguments about the need to “protect allies” (usually armed mercenaries) or “maintain vital U.S. interests” or “keep the peace” (even though the U.S. military presence always causes more bloodshed and exacerbates tensions), or stand firm against U.S. enemies (and naturally the enemies of Israel).

The U.S. media and D.C. foreign policy establishment raised alarm when Trump — during his campaign and later as president— suggested  that he wished to withdraw troops from Syria, just as they raised alarm about Trump’s plan to withdraw troops from Afghanistan.  But Trump has proven firmer against the U.S. military-intelligence apparatus than Obama, who would bend under the slightest pressure from the military.

The U.S. has not only kept an occupation force in Syria (in the north and the south, in addition to a years-old occupation “presence” in Jordan), but has also created militias in Syria (just as it created militias in Iraq during the occupation years).  And the Kurdish militia (the YPG, or People’s Protection Unit) is a leftist group which has aligned itself with the U.S. in Syria, and carved a separate zone for Kurds.

There is no question that Kurds in the Middle East have suffered historically from mistreatment and repression by Arabs, Turks and Iranians.

Turkey, under the pro-U.S. military dictatorship of Kenan Evren tormented the Kurds and caused the deaths of thousands. The U.S. media largely ignored this slaughter when Turkey was on excellent terms with the U.S. and Israel.

The Kurds also suffered from the brutal campaigns of Iraq’s Saddam Husayn, which culminated in the use of chemical weapons in 1987.  In Syria, the repressive regime of Hafidh Al-Asad and his son Bashshar ignored the legitimate demands of Kurds for cultural and administrative rights.

But Kurds have also suffered at the hands of their own tribal (as in Iraq) or political (as in Syria) leadership. Those leaders have betrayed Kurdish rights by allowing the destiny of Kurds to be tied to the foreign policy calculations of outside powers (the U.S. or Israel or Saddam, etc).  And the U.S. has betrayed the Kurds repeatedly over the years and even turned a blind eye when Iraq’s Saddam Husayn used chemical weapons against them.

Among Arabs, however, sympathy for the Kurds diminished because Kurdish political leaders have aligned themselves with enemies of the Arabs (the U.S. and Israel at various points).  When an ethnic minority aligns itself with the major enemy of the majority (Israel, which has been an ally of the Barzani clan in Iraq since the 1970s at least) it should not expect that sympathy for its cause would grow among its fellow citizens.  The repressed ethnic minority when it sets a foreign policy which runs counter to the public mood of the majority population will encounter resentment and anger.  (It is unfortunate that we still talk about majorities and minorities but that indicates — in the West and the East — that equality of citizenship has not been accomplished).

The Kurds deserve recognition of their religious, cultural and even political rights but the question of independence does not receive support from the non-Kurds who live in and around areas where Kurds live. It is easy for Western countries to make generous offers of territorial independence to Kurds when the lands are not Western-owned. And the U.S. and other Western countries in the 21stcentury don’t handle demands for independence kindly in their own countries (whether it is Spain or France).  During the U.S. Civil War, General William T. Sherman deliberately mounted a brutal campaign of destruction and burning in Georgia and elsewhere in the south to make the dream of independence difficult in the future.

Some leftists in the West support the YPG simply because it is a leftist party.  But the leftism of the YPG should count against it, not for it.  Why and how does a leftist party align itself with a government with a long record of staunch anti-communism, in the U.S. and around the world? What is the leftist argument for aligning with U.S. imperialism? If the justification invokes self-preservation, this clearly has not worked: not in Iraq when the Barazanis aligned with the U.S. in the 1970s only to be betrayed; and not in Syria today, where the U.S. is abandoning the Kurds and allowing the Turkish government to attack them. [Until a Russia-Turkey deal on Tuesday].

The notion that there is a progressive force in Syria named the Syrian Democratic Forces is an American invention which the media was more than pleased to promote to further the cause of U.S. military intervention in Syria and the Arab world.  But a U.S. general, Raymond Thomas, at the Aspen Institute told the truth in 2017 when he admitted that he slapped the name SDF on the YPG in order to allay Turkish fears.

The notion that the U.S. led an effort of Arabs and Turks fighting side by side was a propaganda ploy. And the media highly exaggerated the role of YPG and U.S. troops in defeating ISIS (most of the fighting against ISIS was done in Syria, Iraq and Lebanon by foes of the U.S. and Israel — but that is not something the U.S. media are going to concede).

The U.S. was in Syria for reasons that have nothing to do with the Kurds, and the U.S. media exhibit great hypocrisy when they again feign humanitarian concern for people in Syria — Arabs or Kurdish.  U.S. media have warned against “unreliable” and brutal Syrian rebels fighting with Turkey: but those are none other than the Free Syrian Army which U.S. politicians and journalists alike had promoted.

Trump is facing a revolt from his military-intelligence apparatus and from the foreign policy establishment over his attempt to fulfill campaign promises to end U.S. wars started by his predecessors.  The U.S. media are proving to be more eager for war and military intervention than the military establishment itself.  They exhibit great concern for the plight of empire precisely because they are an actual arm of empire.  But the media and foreign policy establishment should not worry too much; Trump announced that he planned to maintain a U.S.military force in Syria to protect an oil field. If that does not count as humanitarianism what will?

As’ad AbuKhalil is a Lebanese-American professor of political science at California State University, Stanislaus. He is the author of the “Historical Dictionary of Lebanon” (1998), “Bin Laden, Islam and America’s New War on Terrorism (2002), and “The Battle for Saudi Arabia” (2004). He tweets as @asadabukhalil