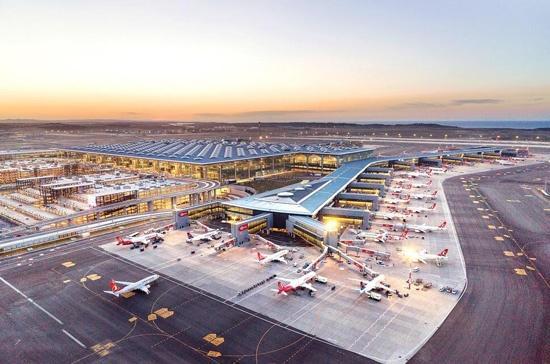 Turkey’s flag carrier Turkish Airlines (THY) has exhibited a good performance despite major challenges, such as the MAX crisis and the move of operations to a new airport, said İlker Aycı, the chairman of THY’s board of directors, adding that the carrier remains profitable.

“We are working to manage our revenues better and reduce costs, taking necessary measures to this end. We are working hard to post profit.” Aycı said.

When asked if the carrier would report profit at the end of this year, he said “it was obvious the MAX crisis and the move to the new airport would have some impact on financials. But, we moved to the new airport in the second quarter and in the next quarter the company is in the safe and profitable zone.”

In the second quarter of this year, THY reported a net income of 133 million Turkish Liras ($22.8 million) while its revenues stood at 18.7 billion liras in April-June.

THY had to ground 24 Boeing MAX jets after two fatal accidents earlier this year.

“The grounding of those planes has affected our operations, creating costs”, Aycı told journalists at the company’s headquarters in Istanbul.

He added that discussions to resolve to the MAX issue with Boeing is underway.

“We are hoping to have a positive outcome. We have Plan B and Plan C,” Aycı said, without providing further details.

The executive also noted that the shifting operations from Atatürk Airport to the newly built Istanbul Airport also impacted the company’s operations.

Aycı, however, added THY’s on-time performance improved greatly shortly after moving to the new airport, rising to as much as 85 percent within a space of two months.

A third runway is expected to become operational at Istanbul Airport around June or July which will help THY boost its performance.

He noted that the taxiing time for planes at the airport to around 18-19 minutes from 28-29 minutes.

Taking into account the effects of the MAX crisis and the transfer of operations, THY in September revised its sales revenue target for this year to $13.4 billion from a previous $14.1 billion.

The carrier also revised downwards its passenger target to 76 million from 80 million for 2019.

In January-September, THY served a total of 56.4 million passengers with international passengers rising 2.4 percent on annual basis to 33 million.