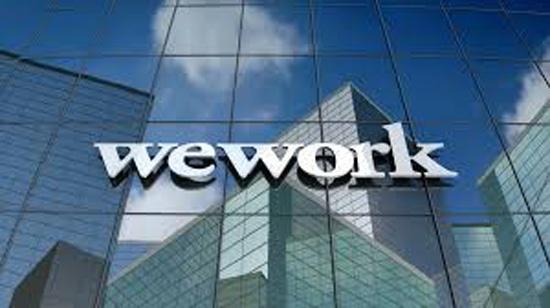 (Reuters) – WeWork’s new Executive Chairman Marcelo Claure on Wednesday defended huge payouts to the office-sharing company’s founder Adam Neumann and said there is now “zero risk of the company going bankrupt,” according to an audio recording of a meeting he held with employees that was reviewed by Reuters.

The meeting took place a day after WeWork’s largest shareholder, SoftBank Group Corp, provided a $9.5 billion lifeline and took over the company, including payments to Neumann to give up control.

In response to a question from one WeWork employee, Claure said Neumann was like any shareholder of the company who deserved the right to sell his shares.

“There’s a level of gratefulness that we’re going to have for Adam, because he’s the one who built this business,” Claure said.

Neumann has the right to sell his stake in the company for as much as $970 million, sources previously told Reuters, as part of a tender offer in which SoftBank will buy up to $3 billion in WeWork shares from investors and employees. He currently owns a little over one fifth of WeWork.

SoftBank has also agreed to extend him a $500 million loan to repay a credit line from JPMorgan Chase & Co, as well as pay him a $185 million fee for a four-year assignment as a consultant to WeWork, one of the sources said.

WeWork cofounder Miguel McKelvey had kicked off the meeting by introducing Claure to the staff at the company’s New York headquarters and addressed the tumultuous few weeks WeWork had experienced.

“I think I’ve run out of words to describe what’s been going on from surreal to crazy to unbelievable to…bonkers,” McKelvey said.

In August, WeWork filed for a splashy initial public offering. This week, it was struggling for survival as it has been quickly burning through the cash on its balance sheet.

The IPO was abandoned in September as investors balked at sky-high valuations – a deal in January had tagged its worth at $47 billion. The rescue by SoftBank now values it at just $8 billion.

Investors also questioned both whether its business model was sustainable given big losses it was suffering and the way that Neumann was running the company, triggering his resignation as CEO.

Claure, who was previously CEO of U.S. wireless carrier Sprint Corp, set an upbeat tone during the hour-long meeting at which he encouraged questions.

“My goal is to be part of one of the most amazing comebacks in history and to build jointly with you guys,” said Claure, who is also the chief operating officer at SoftBank.

Claure said that the new cash injection meant WeWork was not going to struggle to survive.

However, it was going to focus very differently, he said. “Make no mistake, the world has changed. The growth stories don’t sell any more,” he said. Adding that the challenge was to “build a company that has an amazing product, that delights our customers, but also makes money.”

And that meant deciding which of the markets around the world “makes sense for us to be in, which market doesn’t,” he said. According to its website, WeWork has 856 office sites in 123 countries that are open or about to open.

Claure said he did not know how many layoffs would take place as WeWork looks to “go back to basics.” Sources close to the company have mentioned a range of figures for possible layoffs in recent weeks, from as few as 2,000 to as many as 5,000 out of its 12,500 employees.

Claure said that despite the turmoil, WeWork’s landlords were “eager to find different models of working with us.”

WeWork had $18 billion in long-term lease obligations as of the end of June, according to its most recent public financial disclosure. It also had $1.3 billion in net debt.

The company is closing or selling a number of businesses outside of the main office-sharing operations. It recently announced it would close the WeGrow private school in New York City after the current school year.