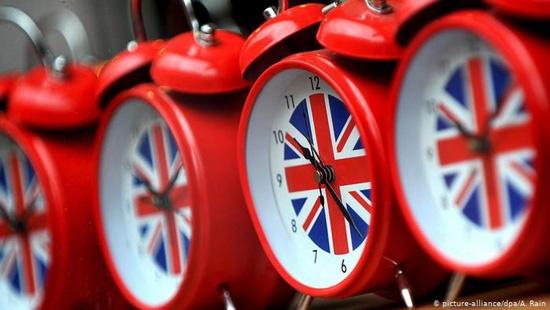 “Please do not waste this time,” the EU’s Donald Tusk implored in April when granting the UK a seven-month Brexit extension. He’s likely to grant another soon. How could Britain use its latest grace period? It depends…

British Prime Minister Boris Johnson is waiting on word from the other 27 EU heads of state and government on whether the October 31 Brexit date can be delayed. A decision, originally expected on Wednesday, is tentatively expected by Friday.

Johnson sent the request for a delay, albeit reluctantly and unsigned, over the weekend as the result of legislation that effectively forced his hand.

“Alas we cannot now know what the EU will do in response to the request from Parliament — I stress it wasn’t my request — to ask for a delay,” Johnson told the House of Commons.

The period suggested by the UK would last three months, to the end of January, with the option to terminate earlier if Members of Parliament (MPs) can finalize the Brexit process. But the decision — on whether to extend at all, and for how long — rests with the EU leaders.

European Council President Donald Tusk said that he would recommend granting a request, while German politicians have also indicated a willingness in theory. However, France, which has often played the “bad cop” role in Brexit talks, voiced skepticism and raised the specter of a shorter extension designed to allow enough time to try to put the current Brexit agreement through Parliament.

Assuming they grant an extension of some kind, which is considered the most likely scenario, what happens next in Westminster? How might British politicians try to break the 41 months of deadlock since 2016’s referendum? Three scenarios seem most likely:

The quickest way out is for Boris Johnson’s minority government to try to push its existing Brexit deal through Parliament. However, that will require at least some opposition support because the Conservatives fall well short of passing a deal by themselves.

The deal risks either not passing Parliament, or being altered in ways the EU might object to, which could also scupper the deal.

The benefit to choosing this route, from the point of view of many MPs, would be completing the first stage of the Brexit process before returning to the voters in a general election. Almost all sitting Conservative and Labour MPs pledged during 2017’s campaign to take the UK out of the EU, in one way or another, in order to fulfill the referendum decision.

Johnson has said he would prefer a general election to this, but he may not have a choice. An election campaign would last in the region of five to six weeks, so a shorter extension would leave no time for this.

Despite some dissenting voices in the Conservative Party, Johnson’s office is saying that the prime minister would push for an election if the EU grants the requested three-month time period.

He will need opposition support to trigger an early election, but Labour’s leadership has indicated likely willingness for such a vote once an extension is secure.

Current polls suggest that the Conservatives would win a majority if a vote were held now. That said, polling rates have been immensely volatile ever since 2016’s referendum. In 2017, Theresa May called an early election expecting a huge majority, only to see her support tank and Labour’s soar during the campaign.

Should the Conservatives win a majority, though, their route towards passing Boris Johnson’s deal would appear to be clear.

If Labour wins a majority outright, or various opposition parties unite to form an anti-Tory coalition, then the way forward becomes more murky. What seems certain, though, is that the winners would ultimately need a far longer extension than just three months.

Any non-Conservative government — even a coalition — would almost certainly be led by Jeremy Corbyn’s Labour Party, so it is a reasonable assumption that their proposed Brexit plan would be used as a blueprint.

Corbyn’s party, if elected, is pledging to renegotiate a different, softer deal with the EU, and then to put that deal to the people in a referendum, against the option to remain in the EU.

Each stage of this process would surely take several months — assuming Europe’s patience endured. But the added delay would be sweetened by the potential prospect of the EU retaining all 28 of its members.