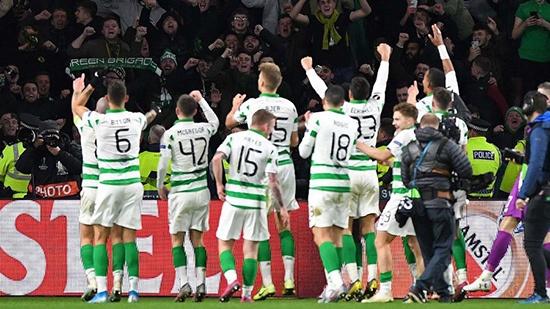 Nuno Espírito Santo said he must find the cause of Wolves’ slow start despite their 2-1 win at Slovan Bratislava in the Europa League.

Raúl Jiménez’s second-half penalty, five minutes after Romain Saïss’s leveller, earned the visitors a welcome comeback win. It was only marred when Diogo Jota was sent off after collecting two yellow cards in just 73 seconds.

Andraz Sporar had given Bratislava the lead but Wolves recovered from a poor first half to move up to second spot in Group K.

The majority of the 20,333 crowd were under 14 with Bratislava having given away tickets after initially being told to play the game behind closed doors by Uefa because of racist behaviour from fans in the play-off round.

Nuno said: “We didn’t expect to play in a stadium like this but the message was clear. The children enjoyed themselves because some people did something wrong. I think that sends a good message. It was a good environment.”

Braga, who lead Group K from Wolves by a point, won 2-1 away against Besiktas.

The Rangers defender Connor Goldson claimed he had been hit with a variety of missiles during the 1-1 draw at Porto. The centre-back also thought Alfredo Morelos was struck as he celebrated scoring Rangers’ equaliser in a 1-1 draw at the Estádio do Dragão.

Goldson pointed out what happened to the referee after the Colombian’s 44th-minute goal. He said: “There was a lot of lighters and coins getting thrown. I got hit by a lighter and a coin. I think Buff [Morelos] got hit as well.

“Then the referee told me to stop [celebrating] and walk away and I just picked up the lighter and coin and told him but nothing got done. It’s crazy. I can understand having a passion for your team but at the same time they have come to watch us trying to do our best for our own team. I don’t think that’s acceptable.”

The Rangers manager, Steven Gerrard, said: “I think that was our best performance in Europe for large parts. If we can find that consistently we’ll push this group right to the wire.”

With Young Boys beating Feyenoord 2-0 to sit first, Gerrard’s team are in a healthy position with two of their three remaining games in Group G at Ibrox.

In Group D, Sporting beat Rosenborg 1-0 with Yannick Bolasie getting the only goal of the game. In the group’s other match, Sian Massey-Ellis (�� left) became the first Englishwoman to officiate in a men’s European fixture. She was one of the assistant referees in a 0-0 draw between PSV Eindhoven and LASK.

Qarabag and Apoel Nicosia played out a 2-2 draw in Azerbaijan in Group A but there were only two goals scored in Group H with Ferencvaros winning 1-0 away at CSKA Moscow and Espanyol triumphing by the same scoreline at Ludogorets.

Gent hit back from two goals down to earn a point at home to Wolfsburg in Group I and St-Étienne and Oleksandria also cancelled each other out in a 1-1 draw.