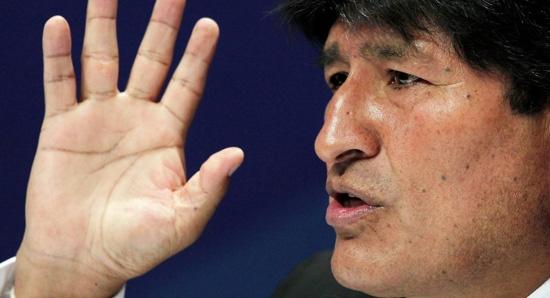 Movement to Socialism leader Evo Morales successfully secured the required 10 percent advantage, now that 99.99 percent of the bulletins have been processed.

Morales won the Bolivian presidential elections with 47.07 percent of the vote against Carlos Mesa’s 36.51 percent, successfully securing the 10 percent advantage required for victory without a second election, according to the final results released by the country’s Supreme Electoral Tribunal.

The turnout at the election was 88.31 percent.

Media have reported, citing an electoral official, that 0.01 percent of the votes have been annulled in the Beni region, where the elections will be held again in November. However, this is believed not to affect the final results.

Opposition leader Carlos Mesa called on his supporters to continue protests, according to Reuters.

The opposition, led by Mesa, claimed that the initial vote results announced Sunday were fraudulent, sparking violent protests in several Bolivian cities. The controversy led the Supreme Electoral Court to switch to a hand vote count to ensure accuracy.

Four member nations of the Organization of American States, including the US, on Thursday called on Bolivia to hold a second round of elections and work with the OAS monitoring mission to ensure what they described as “credible” and “transparent results.”