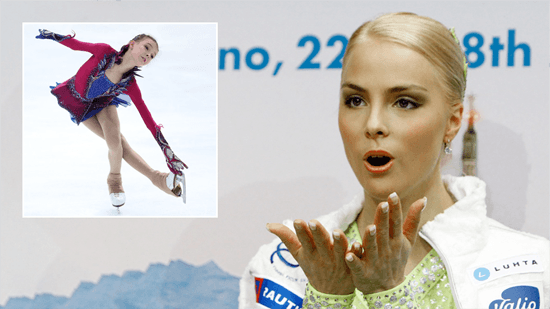 Korpi, considered by many to be one of the most beautiful skaters of all time, tweeted her reservations over training young girls to perform jaw-dropping elements like quads.

“Am I the only one having mixed feelings when watching these astonishing young skaters?” Korpi wrote. “I’m in AWE of their incredible skills, but I also can’t stop thinking what’s the human cost of this level of performance at this age?”

The three-time European medalist also took a dig at renowned Russian coach Eteri Tutberidze, who has led the “quad revolution” in women’s figure skating, asking whether ethical issues regarding the excessive training of teenagers are widely discussed in Russia.

“Would be interesting to know if these ethical issues in figure skating are publicly discussed a lot in Russia?” she asked. “I’m here to question and make sure that every child athlete in figure skating is treated with respect and dignity.”

Korpi’s remarks were met with mixed reactions on social media, with many accusing the former figure skating star of envy after being unable to reach the same level during her career.

“You mean if Finland at some point will get successful skater of Kihira or Alisa Liu level fully supported by country and Nat Fed, you’ll have mixed feelings too, right? Right?” another commentator said.

“What a sexist comment. Blaming girls for breaking walls and record is a sexism,” one more user added

“She’s jealous, she did not represent anything for this sport and did not enter history as Anna”

Others agreed with the Finnish skater, speaking out in favor of changing the age limit in senior skating to avoid injuries of young athletes.

“Kiira, thank you for speaking up this issue. I personally don’t [understand] how kids with tiny bodies can do the technical elements of adult men? They say it’s an era of new skaters. But what’s changed in girls nature? How’d they get more power? No answers,” one person wrote.

“The only way out of this situation is to change age limit. I’m sure ISU Congress should restrict it next year. Single skaters should be eligible for Seniors since at least the age of 18, I think,” another person tweeted.

“Hip replacements by age 25. I question the judgment of Eteri Tuberidze and so should these girls’ parents,” another comment read.