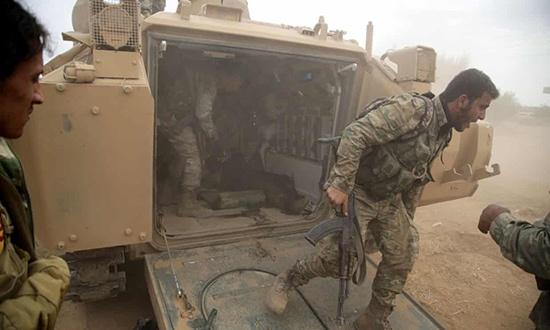 Julian Borger in Washington  – The  Guardian

Turkey-backed Syrian fighters take over areas on the road between Tal Abyad and Kobane on Thursday, as Kurdish forces in north-eastern Syria left several positions along the long border with Turkey. Photograph: AFP Contributor#AFP/AFP via Getty Images

The US is reportedly planning to deploy tanks and other heavy military hardware to protect oil fields in eastern Syria, in a reversal of Donald Trump’s earlier order to withdraw all troops from the country.

The most likely destination for US armoured units is a Conoco gas plant near the city of Deir Ezzor, the site of a February 2018 clash between US special forces and Syrian regime-backed militias fighting with Russian mercenaries.

Fox News reported such a deployment was “likely” and that the tanks would come from units already in the Middle East. CNN said it would happen relatively soon.

Trump has justified his decision to stand US troops down to allow a Turkish offensive in north-eastern Syria at the cost of abandoning Kurdish partners, by saying he was “bringing the troops home”.

However, it is quite likely it would take more troops to deploy, maintain, supply and protect armoured units in the middle of the eastern Syrian desert than the roughly 1,000 that were in the country before the Turkish invasion.

The contradiction has been apparent in Trump’s remarks in recent days, in which he claimed the US had “secured the oil” even while withdrawing its forces.

“It would mean walling off eastern Syria as a US zone,” Aaron Stein, director of the Middle East programme at the Foreign Policy Research Institute in Washington, said of the plan to put tanks around the Conoco plant. “You would have to protect it from the air. You have to supply it and then you have got to protect the road, presumably from Iraq. You can easily see a scenario where we end up with more troops in Syria than we started off with.”

On Thursday, Trump added to the confusion on Thursday by tweeting: “Perhaps it is time for the Kurds to start heading to the oil region!”

The remark seemed to endorse a population transfer from the Kurdish areas along the border with Turkey southwards to the almost entirely Sunni Arab area of Deir Ezzor. Such a mass displacement of Kurds from their homes would fit with Turkish president Recep Tayyip Erdoğan’s plans to resettle north-eastern Syria with Syrian Arab refugees to create a buffer zone against Kurdish insurgents. Kurdish refugees in Turkey are already reported to be subject to forcible deportation.

“The president of the United States is now helping Turkey achieve ethnic cleansing by telling the Kurds to flee their homes,” former US ambassador to the UN Samantha Power said in a comment on Twitter.

On Tuesday, Erdoğan struck a deal with Vladimir Putin on a 30km-deep “safe zone” in which Russian military police and Syrian border guards would oversee the withdrawal of armed Kurdish units from the area.

Such mass demographic changes – carried out at the barrel of a gun – risk prolonging Syria’s multiple-front conflict indefinitely, said Jan Egeland, head of the Norwegian Refugee Council and the UN’s former humanitarian chief.

“This was an area of relative stability, before all of these deals,” said Egeland, who was also the UN’s special adviser on Syria. “We need to remind all of these people with the power and the guns that this is no chessboard. It is a place where people live. There are two to three million civilians in this area. I cannot see how this can be a safe zone for long with so many different armed parties.”

Egeland said about 180,000 people, half of them children, had been displaced as a consequence of the Turkish incursion. He added that Kurds arriving at overcrowded camps in Iraq said that many more would join the exodus from the north-east but could not afford to pay people-smugglers who charge hundreds of dollars per person.

Egeland said the mass displacement of populations was being brought about as a consequence of “explosive, improvised deals”.

The US special envoy for Syria, James Jeffrey, admitted on Wednesday that “a bit more than 100 Isis detainees have escaped” from captivity as a result of the chaos triggered by the Turkish incursion. Trump claimed on the same day that the escaped Isis fighters had been “largely recaptured”. Jeffrey told Congress: “We do not know where they are.”

There was also considerable uncertainty on Thursday of the fate of nearly 70,000 people, almost all women and children in the al-Hawl camp in north-eastern Syria. Some of them are families of Isis fighters, but many are civilians swept up in formerly Isis-run areas.

The UN’s assistant secretary-general for humanitarian affairs, Ursula Mueller, said the situation in the camp was “desperate”. In a warning directed largely to western nations, Mueller said: “Member states have the primary responsibility for their own nationals, and policies and actions that lead to statelessness should be avoided.” 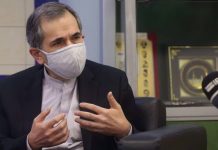 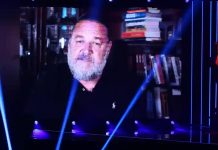 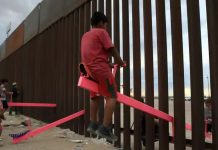