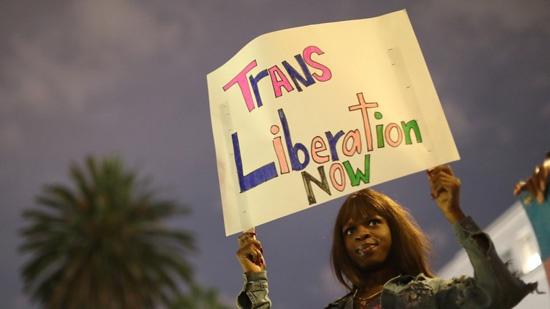 Under a newly announced partnership with an LGBTQ group, California is to make sure that officials won’t offend transgender people by being overly inquisitive if their names on voter rolls don’t match their gender identity.

California Secretary of State Alex Padilla announced earlier this week that the state would enlist help from the Equality California Institute, an LGTBQ civil rights group, in teaching poll workers what to do if a transgender person shows up to vote and their new identity does not match the one that is on record.

Announcing the partnership, Padilla argued that insensitive treatment of transgender people at polling stations is what discourages them from voting.

“Every eligible voter has a right to cast a ballot free from any unnecessary burdens or intimidation,” he said, adding that election officials “have a duty to facilitate the participation of all eligible voters.”

“What’s happening is that they’re coming in, [poll workers] are hassling them or asking for additional IDs and not treating them with respect,” Rick Zbur, executive director of Equality California, told the San Francisco Chronical.

The timing of the training is crucial, Zbur stated, adding that “there’s certainly too much at stake next year to let that happen in California.”

To ensure that LGBTQ people feel comfortable, country registrars will hand out “training materials… that promote best practice for poll workers to engage with voters whose gender identity, expression or pronouns do not appear to match their name on the voter roll.” The manuals have yet to be developed, but are expected to be rolled out ahead of Super Tuesday on March 3, 2020, as the result of which Californians would send 416 pledged delegates to the 2020 Democratic National Convention.

The partnership would also see a “targeted” ‘Get Out the Vote’ campaign being launched to lure as many LGBTQ community members to the polls as possible.

California has one of the most relaxed forms of voter ID law nationwide, as residents are generally not required to present their IDs before they cast ballots. However, there are several circumstances in which they may be asked to produce ID. For instance, first-time voters who register by mail and do not cite any identification document while doing so, might be required to show their IDs.

The initiative, the first of its kind nationally, has sparked mixed reaction online. While some, like Sen. Kamala Harris (D-CA) rejoiced at the move, calling it “terrific news for our transgender community,” others slammed it as “a waste of money and time,” and an example of pandering to a “special interest group.”

California is home to an estimated 190,000 eligible transgender voters, of whom 150,000 are registered voters.