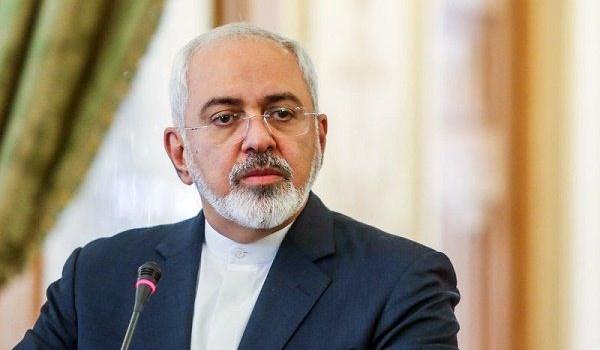 TEHRAN (FNA)- Iranian Foreign Minister Mohammad Javad Zarif underlined the need for an end to the massacre of civilians in Yemen, saying that Tehran is ready to send humanitarian aid to the war-torn country.

Zarif made the remarks in a meeting with Ansarullah Movement’s Spokesman Mohammed Abdul Salam in Tehran on Saturday.

During the meeting, he voiced regret over the hard conditions of the people in Yemen, and called for an end to the killing of civilians and the siege on the Muslim country.

He also underscored the necessity for finding a political solution to the crisis in Yemen, noting that Iran supports ceasefire and Yemeni-Yemeni talks.

Abdul Salam, for his part, appreciated Iran’s support for the Yemeni people, and elaborated on the latest situation in Yemen, the humanitarian conditions in the country and ways to settle the crisis politically.

Saudi Arabia and a number of its regional allies launched a devastating military campaign against Yemen in March 2015, with the goal of bringing the government of former president Abd Rabbuh Mansur Hadi back to power and crushing the Houthi Ansarullah movement.

Since 2015, tens of thousands of civilians have been killed and millions of others have been pushed to the brink of starvation. Health officials, meanwhile, are warning that up to six million children could be at risk of malnutrition if the war, currently in its fifth year, continues.

The United Nations Children’s Agency (UNICEF) sounded the alarm over the dangers faced by children in war-torn Yemen, calling for an immediate end to a long-running conflict that has triggered the world’s worst humanitarian crisis.

The call came as UNICEF held a ceremony in Yemen’s capital, Sana’a, as part of events marking the 30th anniversary of the Convention on the Rights of the Child (CRC).

“The children want peace and the children deserve peace,” Sara Beysolow Nyanti, UNICEF’s representative in Yemen, told a press conference, adding, “Together we will work to make sure (children’s) rights are fulfilled. That they can believe in their future in Yemen.”